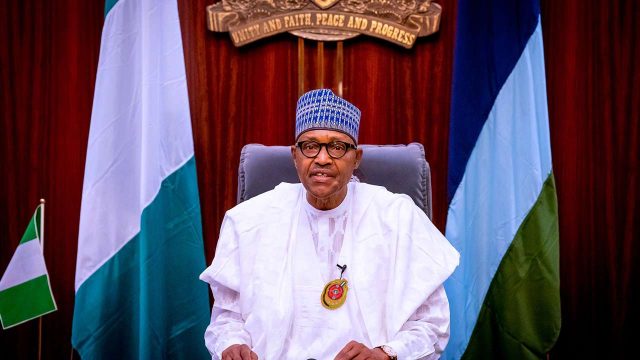 President Muhammadu Buhari on Thursday gave automatic employment to 110 former members of the National Youth Service Corps (NYSC) in the Federal Civil Service as well as scholarships for post-graduate studies up to doctoral level in any university in Nigeria.

He directed relevant government agencies to ensure timely implementation of all the incentives for the awardees.

The President enjoined the nation’s youths to ensure that their passions and energies are not exploited by those he called charlatans and used to commit crimes against the country.

President Buhari’s NYSC honors award was instituted to reward excellence among corps members with outstanding performance during their service year.

Urging the award recipients to sustain the patriotic zeal that earned them the award, the President said: “It is noteworthy that the young men and women being honoured have excelled in the four cardinal programmes of the scheme, namely: orientation course, primary assignment, community development service and winding-up/passing-out, which formed the basis of assessment for the Honours Award.

“On behalf of the government and the good people of Nigeria, I heartily congratulate those honoured for standing out from their peers in order to merit the honour being bestowed upon them.

“You have proved yourselves worthy ambassadors of your families and the NYSC. I am very proud of you and confident that the award shall spur you to greater service to the nation and humanity.”

He stressed that the NYSC has remained a bastion of national unity and integration among the youths to the nation’s diverse cultures and traditions, thereby making them appreciate Nigeria’s similarities and diversities.