Chairman of the Independent National Electoral Commission (INEC), Prof Mahmood Yakubu has said that ballot papers, result sheets and other elections materials needed for the Presidential and National Assembly elections re-scheduled for Saturday 23rd February have been delivered to all the 36 States and the Federal Capital Territory (FCT), Abuja.

Speaking at a briefing for journalists and stakeholders held at the Abuja International Conference Centre on 19th February, Prof Yakubu said the Commission’s state offices have subsequently commenced the process of inviting stakeholders to the Central Bank offices to examine the retrieved materials deployed last week and also witness the batching of the items according to local government areas.

He averred that the movement of materials to local government areas for batching according to the Wards and Polling Units would take place between 20th and 21st February, while the Registration Area Centres (RACs) are to be activated by 9am on Friday 22nd February.

Personnel and materials should be at the RACs by noon of 22nd February, and must also arrive at the polling units at 7am on election day (23rd February), while polls are billed to open at 8am. All ad-hoc staff are to undergo refresher training on 22nd February.

Prof Yakubu had on 18th February told stakeholders that the Commission’s initial plan was to re-schedule the elections by 24 hours in order to deliver the final batch of sensitive materials for the elections to some locations. But the Commission’s ICT team, he stated, gave an indication that it would require more time to reconfigure the Smart Card Readers (SCRs).

He explained: “The Smart Card Readers are configured to only open for use at 8am on election day and to automatically shut down by 10 pm. This is designed to forestall any illegal use of the SCRs before the appointed time of elections. There are roughly 180,000 SCRs to be deployed for the elections and the ICT team said that they would require five to six days to complete the configuration. I am glad to say that as at today (19th February), about 98 percent of the SCRs have been reconfigured and we are confident that by tomorrow (today) all would be ready, which is a day earlier than scheduled.”

Asked if elections would hold in Borno state, the INEC Chairman said: “We have identified eight local government areas where citizens reside in camps, and not only in Borno but in other states of the federation. Just as we did in 2015, we’ll afford the citizens the opportunity to vote in Internally Displaced Persons Camps under the same procedure adopted in 2015. Elections will take place in Bornu state just as in other states of the federation.”

He said the Commission would continue to guard its independence jealously, warning that anybody caught flouting electoral laws on election day would face the sanctions prescribed the the law.

Prof Yakubu also rejected the allegation that some of the result sheets for the elections had fallen into wrong hands. He said: “Commission is unaware that the result sheets are going into the wrong hands. Yes, we agree that we deployed last Saturday, but we recalled the sensitive materials to the Central Banks. To ensure the integrity of the process, we dedicated today (19th February) in all the states of the federation for confirmation and verification of the materials returned to the Central Bank by political parties and other stakeholders.”

The INEC Chairman also ruled out sabotage in the mistakes discovered in the distribution of elections materials in certain states.

His words: “We have always said we are going to be open and transparent. Yes, in the course of distribution, we may find parcels that belong to one state in another state. But once the discovery is made, the parcel is handed over to the Central Bank which then delivers the parcel to the right state. It is true that in the case of Katsina, a parcel for one of the elections belonging to the FCT was found and it was promptly identified, delivered to the CBN in Katsina which promptly delivered it back to the FCT.” 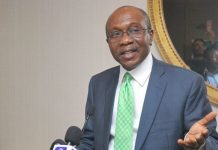 2023 PRESIDENTIAL ELECTION: THERE IS NO NEWS BUT THERE WILL BE NEWS. I’M HAVING FUN AT THE SCENARIO, NIGERIANS CAN HAVE HEART ATTACK ON... 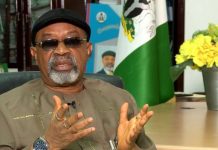 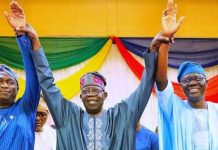