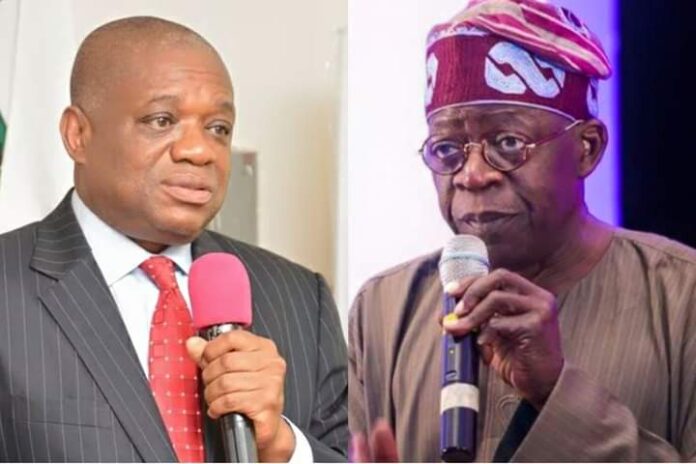 A political pressure group, the Arewa Mandate Initiative, AMI, has tipped ex-governors of Lagos, Rivers and Abia states as a potential successor to President Muhammadu Buhari in 2023.

The group said the endorsement was in line with the gentleman agreement reached by the leaders of the party at the formative stage in 2015.

The AMI in a statement issued by Malam Muhammad Mubarak, FCT, Coordinator and Alhaji Aminu Muhammed, Sokoto Secretary respectively, noted its surveys among the APC supporters, on the 2023 presidential power shift indicated that the majority of the APC family fully support that power to the South.

According to the statement, Flowing from our engagements with various All Progressives Youths groups, across the North, the Arewa Mandate Initiative, AMI, wishes to announce that majority of the APC, members support that the presidency should move to the south after President Muhammadu Buhari leaves in 2023.

“This consensus was reached after months of serious consultations with the youth groups and major stakeholders in the party, spread across all the three geo-political zones of the North-West, North-Central, and the North-East.

“The Arewa Mandate Initiative, which has been spearheading the support for power shift to the south, had conducted three major rounds of surveys among the APC supporters, on the 2023 presidential power shift, and found that majority of the APC family fully support that power should move to the south in line with the gentleman agreement reached by the leaders of the party in 2015.

“In line with this popular demand, the AMI hereby wishes to urge those who might be nursing the presidential ambition from the North to shelf the idea in the interest of our party and national unity.

“While the Arewa Mandate Initiative, recognizes the right of all Nigerians to seek for any elective office of their choice as this is a constitutionally guaranteed right, it would however urge northern politicians to let go of their presidential ambition, as part of their own sacrifice for the unity and stability of Nigeria.

“The AMI, in furtherance of the search for a president from the south that could match the pedigree and patriotic credentials of President Muhammadu Buhari, has beamed its searchlights on some individuals that may be the choice acceptable across the board, for the north and south.

“Though certain individuals in the south have been identified as likely choices for the presidency, the Mandate group has decided to keep things under wraps, for now, to allow for wider consultations.

“As part of its assignments, the AMI, has initiated talks/discussions with high ranking members of the Arewa Consultative Forum, ACF, the Northern Elders Forum, NEF, and the Middle Belt Forum, MBF, with a view to having a consensus on a presidential material acceptable to the North, as the general elections draw near.

“Among the names that the Arewa Mandate Initiative and the support groups are considering from the south-south, include, former Senate Leader, Victor Ndoma Egba, SAN, the Minister of State, Petroleum, Dr Timipriye Sylvia, Minister of Transport, Chief Rotimi Amechi, and the Minister of Niger Delta, NDDC, Chief Godswill Akpabio, and from the South-West, includes names like Asiwaju Ahmed Bola Tinubu, Minister of works Raji Fashola, Governor of Ekiti, John Kayode Fayemi, and Minister of Interior, Rauf AregbeShola.

Similarly, the AMI is also looking at names like the Minister of Science and Tech, Dr Ogbonnaya Onu, former Governor of Abia, Dr Orji Uzoh Kalu, Governor of Ebonyi State, Umahi, and the former Senate President, Chief Ken Nnamani, from the South-East.

The Arewa Mandate Initiative, said amongst the names that are being considered for the nation’s top job in 2023, from the south, there was going to be a dark horse, which is believed that the North will settle for since according to the group, all of them had what it takes to pilot the affairs of the Nigerian state after president Buhari leaves office.

BREAKING: SANNI-BELLO TO TAKE OVER FROM BUNI AS APC CARETAKER CHAIR

78 ARRESTED FOR RAPE OF MINORS IN JIGAWA