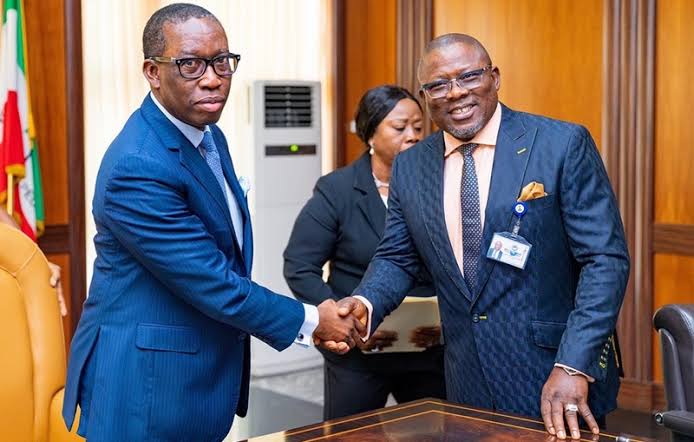 The assembly gave its approval for the facility at plenary on Tuesday, barely 11 months to the end of the governor’s tenure.

This loan approval comes amid heightened politicking in the state, as battle for the governor’s successor, which has since pitched Okowa against Chief James Ibori, continues to hot up.

While Ibori, an influential political figure and former governor of the state, is said to be backing former finance commissioner, David Edevbie, Okowa has reportedly pitched tent with the speaker.

Inside sources told this newspaper that a larger chunk of the N150 billion loan would be used to prosecute Oborevwori’s governorship campaign.

“2023 is here and you know the governor has endorsed the speaker as his successor. He will do anything to get him there. So, you shouldn’t be surprised about the N150 billion loan, a large chunk of it will be used to secure the speaker’s victory both at the primary and the at main election,” a source said.

However, Okowa had in a letter to the assembly requesting its approval for the facility, said the loan would be used to defray arrears of unpaid certificates earned by contractors with respect to completion of some critical ongoing legacy projects awarded by past and present administration, a submission insiders alleged as false.

The letter which was addressed to the speaker, Oborevwori, read: “The requested credit facility will be principally tailored towards defraying arrears of unpaid certificates earned by contractors with respect to completion of some critical ongoing legacy projects awarded by past and present administrations in the state.”

The governor also said that part of the loan would be tailored toward taking care of outstanding pension commitments to the state and local government areas pensions in the contributory pension scheme, amounting to N20 billion and N10 billion, respectively.

“The speaker and members of the state House of Assembly, I wish to inform you that the state is expecting refunds from the federal government, being petroleum subsidy payments made without recourse to the 13 per cent derivation due to oil producing states from January 1999 to Nov. 30, 2021,” the letter stated further.

“Delta state’s portion in this regard amounted to N270.6 billion.

“Bearing in mind the administration’s resolve to finish strong, it is necessary for the state to capitalise on the refund to defray arrears of unpaid certificates earned by contractors with respect to completion of some critical ongoing legacy projects awarded by past and present administrations,” the governor added.

After reading the letter by the speaker, a motion for the approval of the credit facility was moved by the majority leader of the assembly, Chief Ferguson Onwo.

The motion was unanimously adopted by the House of Assembly when put to a voice vote by the speaker, and was seconded by the chief whip, Mrs Pat Ajudua.