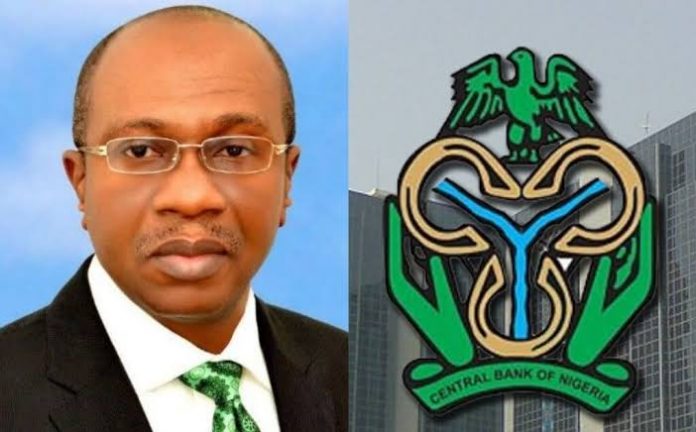 Ahead of the 2023 presidential race, three different groups have purchased the All Progressives Congress (APC) Expression of Interest and Nomination Form for the Governor of Central Bank of Nigeria (CBN), Godwin Emefiele.

The groups, Rice Farmers Association of Nigeria, Friends of Emefiele and Emefiele Support Group, said Emefiele is  the only responsible and responsive person to succeed President Muhammadu Buhari at the 2023 general election.

The forms were procured for the CBN boss for N100 million on Thursday in Abuja.However, the CBN governor has not officially indicated interest in running for presidency.Emefiele had said that he was focused on strengthening the nation’s economy amid calls by supporters that he should contest for the nation’s topmost office in 2023.

According to the groups,  Nigeria is passing through a lot of economic and security challenges, and the parties and electorates must bring in experience, dynamism, energy, equity and fairness in the choice of who becomes the next President of Nigeria.

Expressing the reason for their push for Emefiele, they said the CBN governor’s tenure as head of the Nigeran apex bank, has shown capacity, focus, courage and worked tirelessly with the economic team of President Mohammadu Buhari to keep the economy of our great country afloat above recession and outright collapse.