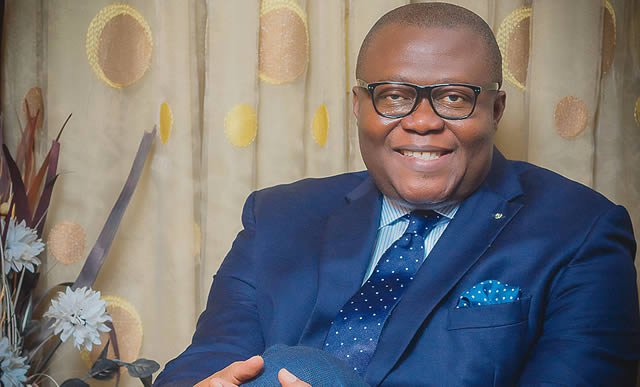 The list of presidential aspirants is growing daily with more declarations being announced at the drop of a hat, especially in the dominant parties – the All Progressives Congress (APC) and the People’s Democratic Party (PDP). Even though our politicians keep crossing carpet and trading places between both parties without any sense of shame or history, they must understand that we need drastic changes urgently.

In APC and PDP alone, we have over 20 Nigerians seeking the highest office in the land – they all want to be president. But one thing is clear: Nigerians need a strong and intelligent leader because we are tired of the hanky panky of the political elite and their collaborators.

The three top contenders in APC, from my dip stick survey, are Asiwaju Bola Ahmed Tinubu, national leader of the party; Vice President Yemi Osinbajo and Minister of Transportation, Rotimi Amaechi, in that order. However, it was Asiwaju Tinubu who first declared his presidential ambition; he has a first-mover advantage.

After weeks of speculation, Prof Yemi Osinbajo finally declared his intention to contest for president. Let us just say his announcement did not come as a surprise; it was only a question of time but his declaration could have been better choreographed, according to Victor Oladokun, a communications specialist and brand management expert based in Virginia, USA. The overall presentation struck me as what was put together in a hurry. Never mind, he is in the race and I think that is what is important.

As vice president since 2015, Osinbajo believes he is just one step away from occupying the exalted and powerful office of president and I must say it is well within his right to contest. But the unfolding scenario will be an interesting case study for political science researchers. Which political structure will Osinbajo rely on? How did President Buhari receive the news? At what point did he drop the ball with his former boss, Tinubu? What exactly was his motivation to contest?

Rotimi Amaechi, from all indications, appears to be favoured by the northern establishment to take over from President Buhari, but it remains what it is: a mere speculation. Becoming president of Nigeria goes beyond wishful thinking. What is Amaechi’s game plan? Who are the delegates in his corner? What will happen in Rivers State where Senator Magnus Abe and Governor Nyesom Wike – two political adversaries – are waiting for him? Amaechi knows he has to deliver his state in the presidential election – that is if he is able to get the party’s ticket.

The other APC contenders are Yahaya Bello, governor of Kogi State, Dave Umahi, governor of Ebonyi State (he defected from PDP), Senator Orji Kalu, Senator Rochas Okorocha and Pastor Tunde Bakare. With all due respect, these are players in the second division league of 2023 presidential politics. Not much has been heard from Godwin Emefiele, governor of the Central Bank of Nigeria (CBN); Kayode Fayemi, governor of Ekiti State and Senator Ibikunle Amosun but it appears they are also keen to join the race and become relevant in the scheme of things.

In the case of PDP, zoning where the party’s flag bearer would come from was a major issue but the matter has since been settled. Contestants can come from any part of the country and still be eligible to take part in the presidential primaries – but that is after obtaining the expression of interest form costing N40 million.

PDP, from all indications, wants to unseat APC but how ready is the party? My crystal ball tells me that APC will win the presidential election in spite of the “unhappiness” expressed by some people except, of course, there are major upsets from different polling centres nationwide. PDP also parades a long list of presidential aspirants and it should not be surprising; it is all about positioning for relevance and survival. Politics is a game and the rules were drawn up by the politicians themselves.

Kingsley Moghalu, former deputy governor of CBN and Kola Abiola, son of late Chief MKO Abiola, the presumed winner of the June 12, 1993 election, are also in the presidential race but in other parties – African Democratic Congress (ADC) and Peoples Redemption party (PRP) respectively.

There are deft political moves among the chieftains of PDP to forge a consensus but it is still unclear how it will play out. For instance, contestants from the Southeast are insisting that the party must zone the ticket to the zone. Southern governors of the party have also asked for the presidential ticket to be zoned to the south. These permutations have far reaching implications for the eventual flag bearer of the party, making it difficult to say for sure who will get the ticket.

Based on political data and information available, the 2023 presidential election would be a straight contest between Asiwaju Tinubu and Atiku Abubakar because they possess the clout and political capital which you cannot buy overnight.

They are also immensely popular with dependable political structures and significant outreach initiatives. A consensus arrangement in the Southeast will favour Peter Obi as he is clearly the contestant with a broader appeal from the region. However, to win the presidential election, the candidate must have a national appeal.

Being a party flag bearer is one part of the long journey to Aso Villa but the contestant that eventually gets to the seat of power would be determined by the cumulative vote tally. The candidate’s key messages, the party’s manifesto and the voting pattern in Nigeria are critical in the political equation that ensures victory.

With our myriad of problems, a winning campaign must focus on the challenges facing Nigerians. They include strengthening the integrity of the electoral process, building strong institutions, promoting transparency and accountability in public service, solving the riddle of constant electricity blackouts, exposing corruption, tackling insecurity, creating more jobs, especially through industrialisation and agriculture; managing our wealth efficiently and championing prosperity.

Two key sectors also deserving of attention are education and public health. The incoming administration should search for quick wins – low hanging fruits — to earn foreign exchange in the short term. If the government is unable to manage the railways, airports and other critical assets, they can be concessioned but only on fair and equitable terms.

The idea is for government to become leaner and efficient. In addition, our next president must understand that building confidence and trusting relationships are critical success factors to move Nigeria forward.

Whoever is going to be the president needs votes across Nigeria from the 176,000 polling units and every vote must count. That’s where INEC comes. We do not need thugs, mercenaries, ballot box snatchers and hired killers. The world would be watching – right from the party primaries until the election of Nigeria’s next president in 2023.

Braimah is a public relations strategist and publisher.