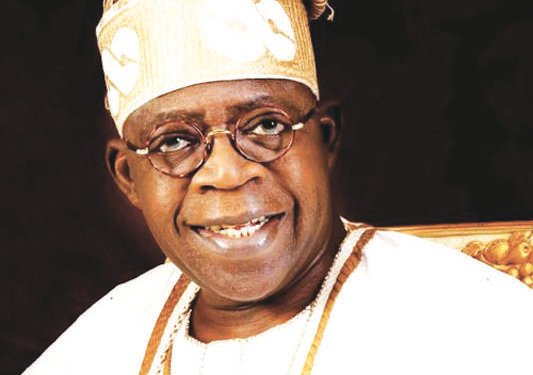 He slammed, aiming a dig at the age of Tinubu whilst comparing the APC flagbearer with President Joe Biden of the United States

FCT, Abuja – The controversy surrounding the age of Bola Tinubu, the presidential candidate of the ruling All Progressive Congress (APC) has once again been addressed.

Powerful APC chieftain, Mike Msuaan said Tinubu’s age is not a barrier as he urged people to focus more on his capacity.

Mike Msuaan revealed that Tinubu is in full support of the usage of BVAS at the forthcoming 2023 polls.

Msuaan made this known during a meeting of APC stalwarts in Abuja on Thursday, November 24.

While making reference to the age of US president, Joe Biden, Msuaan, said:

“The US president is as old as Tinubu. It’s not about age. It’s about what you have upstairs. Tinubu has the experience better than all of them.

“The right thing the president would do is to assemble the best hands for the country. He has been tested and trusted. He did it in Lagos and he is going to do it for Nigeria.”

Msuaan when asked if the APC flagbearer is in support of the newly introduced the Bimodal Voter Accreditation System (BVAS) for the forthcoming general elections, he said:

“Why should the APC be afraid of BVAS and electronic transfer of results when the youths are strongly behind us? Why should we be afraid? I told you that if election is conducted tomorrow we are going to win.

“They are the ones running after us. We have already given them more than 30 per cent gap ahead. And by tomorrow, if elections were conducted, we would give them more than 50 per cent. We are very comfortable with the arrangement made by INEC.”

Msuaan who heads the northcentral youth department for the presidential campaign council of the APC boasted that opposition parties like the Peoples Democratic Party (PDP) and the Labour Party a miles behind the ruling the party.