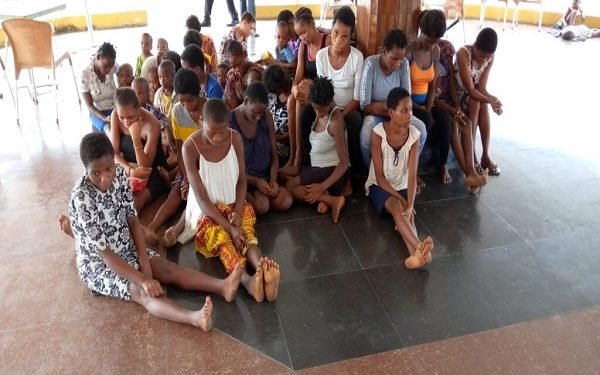 The Officer Commanding 13 Brigade Provost, Maj. Stanley Ikpeme handed the suspects over to officials of the National Agency for the Prohibition of Trafficking in Persons (NAPTIP) on behalf of the the 13 Brigade Commander, Brig.-Gen. Mohammed Abdullahi on Wednesday in Calabar.

The official from NAPTIP, Mr Oba Jacobs, who received the victims and suspects, said the suspects would be investigated and charged to court.

Jacobs urged the public to keep an eye on their neighbours and report suspicious activities to the agency.

“As an agency, we have the mandate to arrest and prosecute. We also urge the public to assist us with useful information that would lead to the arrest of this category of people involved in this kind of racket,” he said.

LEKKI-IKOYI LINK BRIDGE TO REOPEN ON 1ST OF APRIL, COMMUTERS GET...