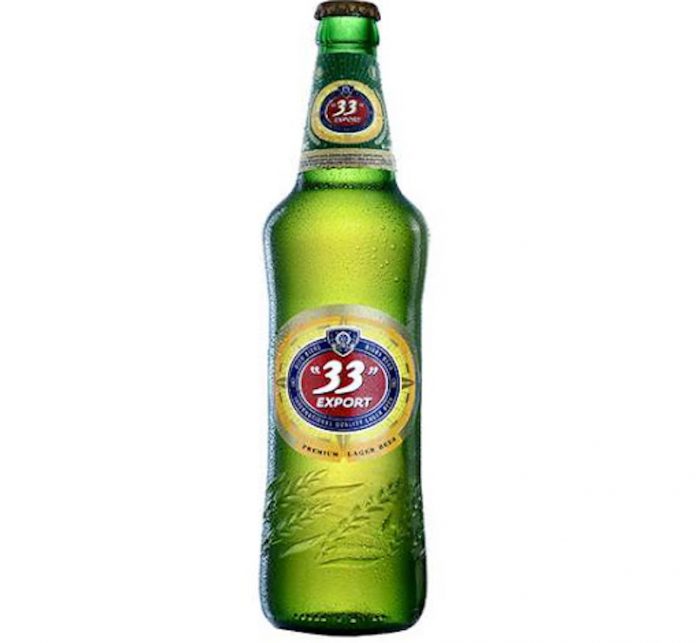 As the Super Eagles get set to resume their qualification quest for the 2022 FIFA World Cup in Qatar this week in Lagos, “33” Export/Amstel Ultra have charged the team to remain focused on their mission for a seventh World Cup appearance.

Three-time African champions, Super Eagles, will be up against the Central African Republic (CAR) at the Teslim Balogun Stadium, Lagos on Thursday 7th October, 2021. “33” Export Lager is the official beer of the team while Amstel Malta Ultra doubles as the Malt Drink of the national teams.

Having propelled the Eagles to double victories in earlier matches against the Lone Star of Liberia and Blue Sharks of Cape Verde, 33 Export/Amstel Ultra yesterday charged Gernot Rohr’s men to make it a hat-trick of wins against ‘The Wild Beasts’ as the CAR national team are fondly referred to.

The Brand Manager, “33” Export Lager beer, Rexanthony Anieke, in a message to the team yesterday urged the players to remain strong as they have been in the on-going qualifying matches and not lower their guards nor give room to any form of lapses.

“Yes we (Nigeria) are getting nearer to the final qualifying tournament and having been able to unite millions of passionate football fans with consumers’ favourite brand of beer, “33” Export Lager, the players will no doubt rise to the occasion and give Nigerians the deserved result,” he stated.

While the Super Eagles will be gunning for maximum points, 33 Export/Amstel Ultra will also be offering maximum reward with N1m up for grabs for whoever is voted as Man-of-the-Match.