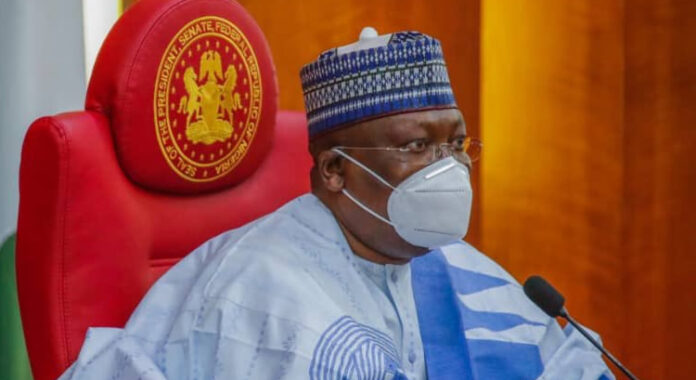 President of the Senate, Ahmad Lawan, has warned that there could be anarchy if the Senate is scrapped as being clamoured by some Nigerians.

Rather, he challenged those who are not comfortable with the senators in the current 9th Senate to vote them out in 2023 if they don’t like their faces.

He described the Senate as a leveler which ensured that all parts of the country are equally represented unlike the House of Representatives where states with higher populations produce the highest number of lawmakers.

The Senate President also faulted the argument of those clamouring for the scrapping of the Senate because of the perceived jumbo pay being earned by the senators.

Do you understand the implications of what would happen if we close the senate? I am not saying because I am in the Senate.“The Senate is a leveller because in the House of Representatives, population is major – that is why some states will have five, six members and others have up to 20.

So if you say close down the Senate, there will be a day when people will cry foul.” In the Senate, what Kano produces is what Bayelsa will produce.

Three senators in Kano and three senators in Bayelsa, so that stabilises the system.“In a budget of N13 trillion the National Assembly will get about N125bn to N128bn. That is less than 1 percent. So where is the remaining 99 percent.

LAGOS TO CLOSE DOPEMU ROAD, AGEGE FOR 3 MONTHS FOR ROAD...