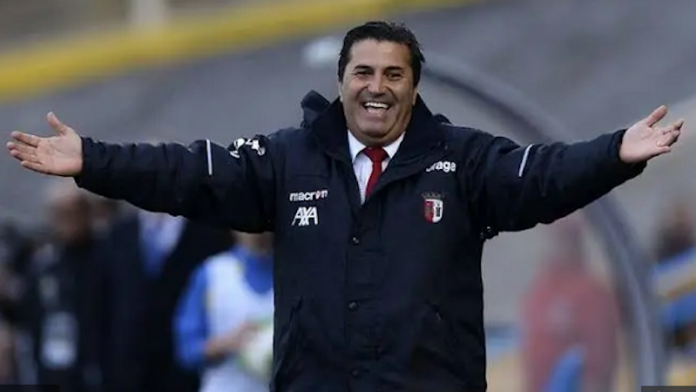 The Nigeria Football Federation (NFF), yesterday put to rest the suspense on the likely successor to former manager Gernot Rohr as it confirmed the appointment of Portuguese tactician, Jose Peseiro, as Super Eagles’ new coach.

The Portuguese becomes the 26th foreign coach (including Carlos Alberto Torres of Brazil who did not handle any match before he abandoned the job) to be employed by Nigeria since 1949 when English man, John Finch took over the national football team till 1955 when he was replaced by Dan Anyiam.

At a virtual board meeting of the football body held yesterday afternoon, Peseiro was given the mandate as the new gaffer but will only go to the Africa Cup of Nations as observer with interim manager, Austin Eguavoen in charge from the dugout.

“After careful consideration of a memo presented by the Chairman of the Technical and Development Sub-Committee, the Executive Committee endorsed a proposal for the appointment of Mr Jose Peseiro as the new Head Coach of the Super Eagles, following the end to the relationship with Mr Gernot Rohr.

“However, the Committee resolved that Mr Augustine Eguavoen named the interim Head Coach will lead the Super Eagles to the AFCON 2021 in Cameroon with Mr Peseiro only playing the role of Observer.

It was unanimously agreed that the AFCON is a good avenue for Mr Peseiro to launch a working relationship with Mr Eguavoen, who will revert to his role as Technical Director after the AFCON,” Head of Communication, Ademola Olajire stated in a communique issued after the NFF board meeting.

Peseiro will take charge after the Africa Cup of Nations and his assignment will be the final round of the FIFA World Cup playoff in March next year.

Aside from the appointment of the new coach, the Executive Committee also approved the Financial Statement of the Federation for the out-going year as well as proposed a budget of N13.8billion for next year.

The staggering budget will cover the preparation and participation of the Super eagles should it qualify for the World Cup finals in Qatar next November and the AWCON participation of Super Falcons the same year.

José Vítor dos Santos Peseiro (born 4 April 1960) is a Portuguese football manager and former player who played as a striker.

After a not too impressive career as a player, he went on to coach several clubs in his country, including Sporting CP – which he took to the 2005 UEFA Cup Final and Porto. He also worked extensively in Arab nations, being in charge of the Saudi Arabian national team.

Born in Coruche, Santarém District, Peseiro never played in higher than the Segunda Liga as a professional, starting out at Sport Lisboa e Cartaxo in 1979. In that competition, he represented Amora FC, Clube Oriental de Lisboa, GD Samora Correia and S.C.U. Torreense, for a total of five seasons.

34-year-old Peseiro retired at the end of the 1993–94 season in the fourth division, with local club União de Santarém.

Peseiro spent his first eight years as a manager in the third and fourth tiers of Portuguese football, starting out as a player-coach at his last team In summer 1999 he was appointed at C.D. Nacional, which he helped promote to the Primeira Liga in just three seasons. In 2002–03, he led the team to a final 11th position.

In 2003–04, Peseiro assisted Carlos Queiroz at Real Madrid. At the end of the campaign, after the team lost a considerable advantage on the table to be finally surpassed by Valencia CF, FC Barcelona and Deportivo de La Coruña, the pair was sacked, and the latter returned to his assistant position in Manchester United.

Peseiro signed with Sporting CP for 2004–05. After three losses and two draws in his first nine games in charge, the side eventually finished in third place with 61 points, four behind champions S.L. Benfica, additionally, he coached the team to a runner-up run in the UEFA Cup after disposing of the likes of Feyenoord, Middlesbrough and Newcastle United.

The final was played at the Estádio José Alvalade, and after a 1–0 lead at half-time the hosts eventually succumbed to PFC CSKA Moscow 3–1.

At the start of the 2005–06 season, the Lions were ousted from the UEFA Champions League by Udinese Calcio, and after being relegated to the UEFA Cup they were immediately knocked out by Halmstads BK 4–4 on aggregate after a 2–3 home loss. On 16 October 2005, following a 0–1 home defeat to Académica de Coimbra that saw Sporting sink to the seventh position, he resigned.

In the 2007 off-season, Peseiro was named manager of Panathinaikos FC. After failing to win the Super League Greece and also losing 0–4 to neighboring Olympiacos F.C. in the domestic cup, he was forced to step down.

In June 2008, Peseiro signed a three-year contract with Romanian club FC Rapid București. On 2 October, after being eliminated from the UEFA Cup by VfL Wolfsburg, he was sacked only to be reinstated a few days later; he eventually resigned on 12 January 2009, after failing to agree on a new deal.

Peseiro succeeded Nasser Al-Johar at the helm of the Saudi Arabian national team in 2009, during the 2010 FIFA World Cup qualifying campaign. His first game occurred on 28 March, and it ended with a 2–1 away win over Iran which was the former’s first ever victory in that country and the latter’s first loss in nearly 40 home games; eventually, the nation failed to reach the finals in South Africa, and on 10 January 2011 he was relieved of his duties after losing the first game in the AFC Asian Cup against Syria.

June 2012, Peseiro was appointed at S.C. Braga. His first major signing was Portuguese international Rúben Micael, and he qualified the club to the group stage of the Champions League for the second time in its history, after ousting Udinese on penalties.

At the end of the campaign, in spite of winning the Taça da Liga and ranking fourth in the league, Braga and Peseiro reached an agreement to terminate the manager’s contract.

From 11 November 2013 to 11 January 2015, Peseiro worked with Al Wahda FC in the UAE Pro League. On 9 October of the latter year, Al Ahly SC announced his signing; upon hearing the news, fans of the latter protested against the decision based on his weak résumé.

On 18 January 2016, after cutting ties with the Egyptian side, Peseiro replaced Julen Lopetegui at FC Porto. Even though the third position the team occupied at the time of the Spaniard’s dismissal was still secured, he collected more losses than his predecessor, and also lost the final of the Taça de Portugal to former team Braga, on penalties.

On 6 June 2016, Peseiro signed a two-year deal with Braga. On 14 December, following consecutive home defeats that resulted in elimination from the Europa League and the Portuguese Cup, respectively at the hands of FC Shakhtar Donetsk (2–4) and S.C. Covilhã (1–2), he was fired.

Peseiro returned to the UAE in January 2017 with Sharjah FC, and was sacked nine months later after a poor start to the new season. The following February, he went home to sign a contract at Vitória S.C. until June 2019, which he rescinded by mutual agreement a year early.

In July 2018, Peseiro returned to Sporting after 13 years away, assuming the reins at a club that had lost several key players following fan violence and whose previous manager Siniša Mihajlović lasted nine days in the job. On 1 November, following poor overall performances and a 1–2 home loss against G.D. Estoril Praia for the group stage of the Taça da Liga, he was relieved of his duties.

Peseiro returned to national team duties on 4 February 2020, being appointed by Venezuela after the resignation of Rafael Dudamel. He made his debut on 9 October in a 3–0 loss away to Colombia in 2022 FIFA World Cup qualification; the opponents were led by compatriot Carlos Queiroz.

At the 2021 Copa América in Brazil, Venezuela were eliminated from the group stage with two draws and two defeats; Peseiro was praised by pundit Tim Vickery for achieving those results despite a spate of COVID-19 infections and virus-related travel restrictions that kept key forward Salomón Rondón in China. He resigned in August, having not been paid for over a year amidst the South American country’s economic crisis.