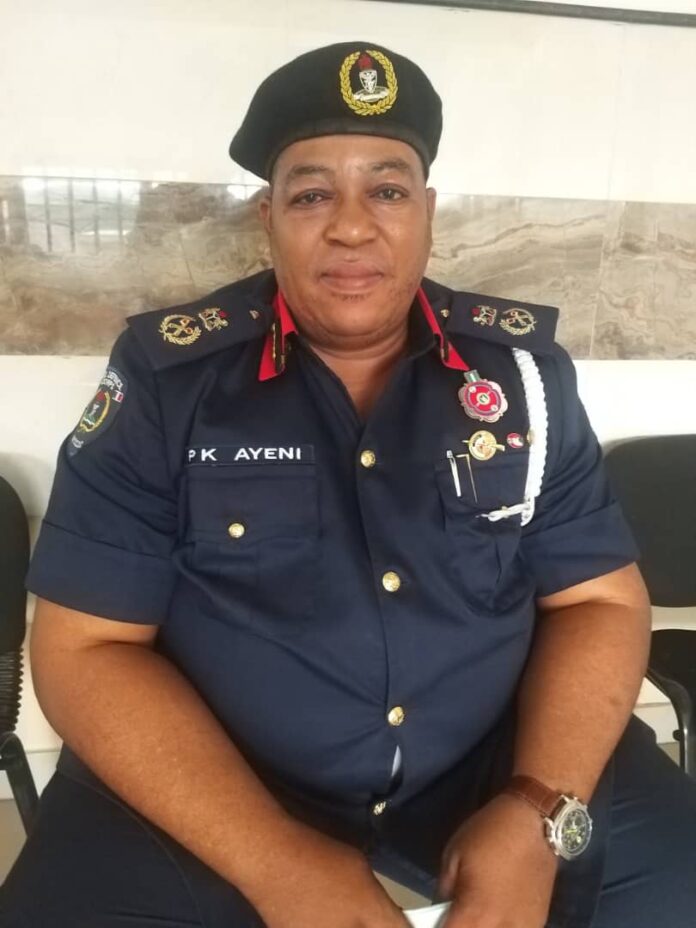 In furtherance with it’s efforts to stem the tide of crime and other nefarious activities in the state, a Civil Defence personnel attached to the Standard Organization of Nigeria ( SON), on the 23rd January, 2021, at about 13:00hrs arrested two suspects caught in the act of stealing 52 packs of confiscated diapers of different sizes at No 81A , Ago Palace way, Amuwo – Odofin, Lagos.The names of the suspects are as follows:

Meanwhile, the Commandant, Ayeni Paul Kolawole (MSC,MBA, ANIM , ACIA ) has reassured the public that he will continue to ensure that the corps continues, in it’s role to assist in protecting the lives and property of Nigerians against criminal elements, especially, in Lagos State.