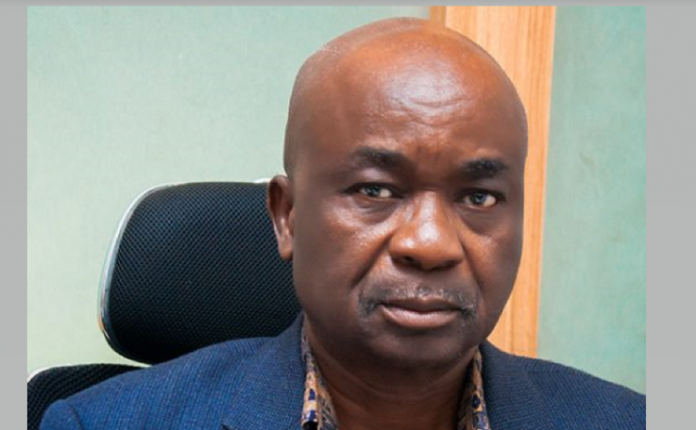 The official reason for Bada’s resignation is still unknown but…

This was disclosed by a source in the Abuja DisCo on Monday.

According to the source, the official reason for Bada’s resignation is still unknown but he confirmed it may not be unconnected with the protracted core investors issues, which had eaten deep into the fabrics of the company’s fabrics.

He said, “The appointment is a necessary step in positioning AEDC towards efficiency in customer service delivery and ensuring the effectiveness of turn-around embarked upon by the new management of the company.

We are convinced that with a combined industry experience of over five decades, the new executives are very capable of meeting the yearnings of millions of our customers who seek seamless power services.”

He was also the pioneer Managing Director at Transcorp Power Ltd, Ughelli, Delta State where he ramped up the generating company’s performance from 164MW to 634MW in 25 months. He had joined Transcorp Power from General Electric where he had held several strategic roles with oversight for the Middle East and Africa.

Bada was appointed in December 2021 to head a five-member management team of the troubled AEDC for a period of five months following the disengagement of the erstwhile AEDC managing Director, Ernest Mupwaya along with other top management officers.

The Bureau of Public Enterprises (BPE), had announced Bada Akinwumi as Interim Managing Director of AEDC in December 2021, saying that the Nigerian Electricity Regulatory Commission (NERC), the apex regulator of the power sector, had approved his appointment.

“WE ARE USING AGENCY BANKING TO DRIVE ENTREPRENEURSHIP, WEALTH CREATION” –...