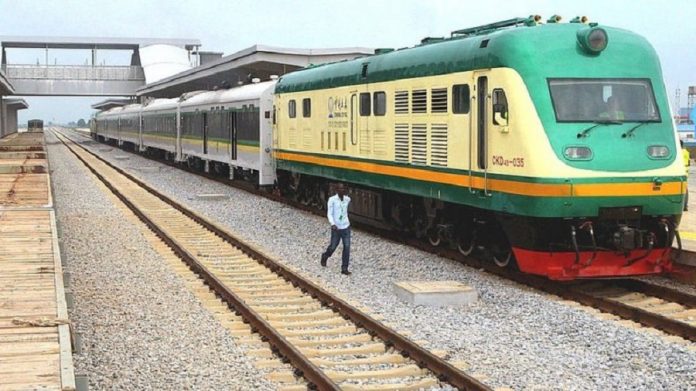 The Nigerian Railway Corporation (NRC) revealed that Abuja – Kaduna train services (AKTS) will resume on Saturday, October 23, 2021, after the alleged terrorists attack on its operations.

This was disclosed by the Managing Director of NRC, Mr Fidet Okhiria, in a press briefing on Friday evening.

The NRC apologised for the delay and inconveniences it may have caused to passengers and added that the DSS and Police were now fully guarding all facilities.

“The Board and Management of the Nigerian Railway Corporation hereby informs the general public, particularly our valued passengers, that Abuja – Kaduna train services (AKTS) will resume tomorrow, Saturday, Oct. 23.”

“The first train will run from, Idu, Abuja (AK3) at 09:50 a.m and from Rigasa Kaduna (KA4) at 10:35 a.m. Subsequent train services will continue. NRC, once again, sincerely apologises for the inconvenience,” Okhiria said.

The NRC added that the Commissioner of Police and DSS are now going to be fully involved, adding that the minister also spoke about introducing technology, as the NRC says it has an active team that will respond to the information that will be provided by the technology.

He urged Nigerians not to be scared ”so as not to give people, who do not wish Nigeria well, room to succeed.“

“If we have all trains running, the people would have to work very hard to be able to plant explosives,” Okhiria added, revealing also that the NRC is trying to replicate a satellite telephone system on the route, similar to what was provided on the Warri-Itakpe route.

He also added that the NRC could not provide transportation from rail stations to metropolises, stating that this is why they are hoping for a PPP so that people can organise themselves and provide that service.

“The people can even come and key into our e-ticketing so that when the passengers come we use their bus and at the end of the day we do our calculations. We don’t want to do that on our own. But, we have to make sure that the actual person who gets it can do it,” he said.

”Having said that, it is just the windscreen and the painting that is remaining. We are set to start fully tomorrow, but we may not run full services as it might be affected.”

Report gathered earlier that the  Nigeria Railway Corporation (NRC) announced the immediate suspension of rail service operations on the Abuja-Kaduna route following the alleged detonation of explosives on the train track by bandits.

NRC said, “Due to unforeseen circumstances, train services have been immediately suspended for the safety of our dear passengers. Efforts are in place to restore service. Further information would follow immediately service is restored.”

This comes after an overnight attack which was reported to have occurred between Wednesday night and Thursday morning left passengers traumatised, with witnesses reporting that the attackers also fired live rounds into driver compartments.

LAUGH MORE THIS WEEKEND WITH GOtv