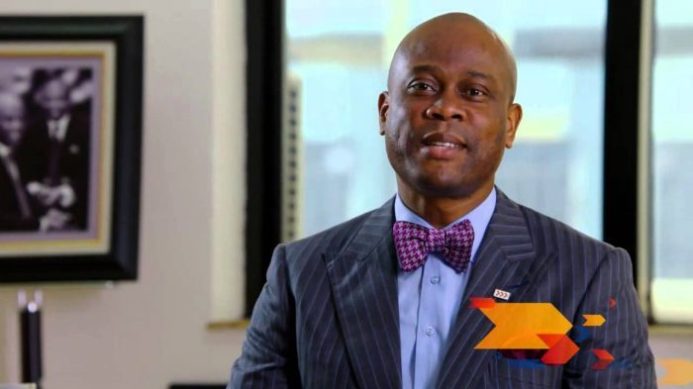 At a period when competitors fret for the fear of the unknown, Access Bank Plc stunned the global financial market when, in a rare feat of uncommon confidence in its brand, successfully raised $500million additional Tier1 Eurobond capital

In an era when the global economic sentiment is uninspiringly negative, forcing financial services providers/managers to go back and forth, economic watchers say certain investments decisions are easily knocked down by uncertainty and fear of failure.

Consequently, financial market watchers say the unfolding scenario is eroding the chance of banks and other players in the emerging global financial system to break even not to talk of expanding their frontiers.

It was feared that a combination of the recent but sustained volatility in the price of crude oil and the attendant stress on major currencies has produced a risky investment climate that threatens various plans of banks and other financial service providers.

Standing to Be Counted

It was in this rather tough market reality that Access Bank Plc decided to approach the market for a US$500 million Additional Tier 1 Eurobond offering.

The feat caught many by surprise for many reasons. First, diving into the emerging market in a time like this was thought to be a financial suicide as public and private businesses struggle to put their houses in order after the calamitous Covid-19-induced crisis.

Market analysts, who commended the bank for breaking the barrier with a sterling performance at the global market, explained that apart from a successful outing, Access Bank’s daring move can also be appreciated in terms of the diversity of investors that participated in the Eurobond issuance.

According to a report by the International Financial Review (IFR), the bank (Access Bank) managed to get a broad buyer base, including some accounts that bought its US$500m 2026 senior bond at 6.125% just two weeks before.

Others, though, were solely buyers of this AT1. Investors included real money and hedge fund accounts from various parts of the world, including the UK, Asia, and the Middle East.”

No Time to Waste

However, unlike some of its peers, Access Bank decided it was time to make a move if its quest to achieve the feat of the World Most Respected African Bank was to be a reality. Again, the Herbert Wigwe-led bank, in a show of nerve, decided it was time to cover more grounds before competitors regained their rhythms now that various countries of the world are beating the Covid-19 pandemic out of town.

As captured by International Financial Review, “While other CEEMEA issuers sat on the side lines hoping for a better market tone, Access Bank’s management held its nerve, deciding there was little to be gained from waiting.

“There wasn’t any benefit from waiting for a better window,” said a lead. “We had gone through a marketing period. We had got specific feedback. There’s still a lot of supply waiting to hit the market. I don’t think holding off would have been best.”

That call proved to be on the money, even though no one could be sure how the session for financial markets would pan out.

News of the successful pricing of a US$500 million Reg S / 144A Additional Tier 1 Eurobond, was broken by the company’s secretary, Sunday Ekwochi last week. He disclosed that the offering achieved pricing of 9.125% yield and coupon and recorded a 2x over-subscribed order book which peaked at over US$1 billion.

According to him, “The Additional Tier 1 Eurobond which is issued under the Bank’s Medium Term Note Programme is a Basel III compliant Perpetual Non-Call 5.25-year Subordinated Note to be listed on the London Stock Exchange. The Eurobond may be called anytime from 7 October 2026, subject to conditions including the Central Bank of Nigeria’s approval.”

Renaissance Capital (Rencap), a leading emerging and frontier markets investment bank, which acted as a Joint Lead Manager and Bookrunners for the capital raising, said that the 9.12% rate implies an optimal premium to Access Bank’s earlier launched senior bond issue and is in line with comparable AT1 issues from the broader Central and Eastern Europe and the Middle East and Africa (CEEMEA) region.

The report indicated that the bond issue was placed as part of a broad Access Bank’s US$1.5 billion funding programme.

According to Rencap, the Eurobond offering enjoyed strong investor demand, highlighting the positive perception of the Bank’s credit story and the management’s clear strategy.

Wigwe: There is No Looking Back

Commenting on the transaction, Wigwe said there is no looking back on the determination of Access Bank to become the World Most Respected African Bank, raising the confidence that the success of the transaction will enhance the bank’s Tier 1 and total capital ratios.

He said: “We remain fully committed to the execution of our vision to become the World’s Most Respected African Bank. The success of this remarkable transaction, which is a first in the Nigerian banking industry and the first of its kind in Africa outside of South Africa, significantly enhances our Tier 1 and Total Capital ratios ahead of Basel III implementation in Nigeria and provides room for significant growth through ongoing execution of our strategic objectives.

In particular, it follows our recently announced Group reorganisation which is aimed at capturing the strategic opportunities in payments, agency banking, and insurance across the continent which we expect will further enhance the growth profile and diversification of our business.

“Our growth and diversification strategy is also underlined by the recent expansion of our regional footprint where we continue to monitor opportunities. This Additional Tier 1 Eurobond issuance, following our recently concluded US$500 million Senior Unsecured Eurobond, underscores the formidable confidence of a diversified range of global and local investors in the Bank’s strategy”.

Investments analysts with a deeper appreciation of the Access Bank’s feats said the audacious feat is personified by the bank’s Group Managing Director, Herbert Wigwe’s relentless efforts to take the bank to the top of the ladder in Africa.

Appointed as the Group Managing Director in January 2014, Wigwe has substantially raised the profile, capacity, and efficiency of Access Bank as competition mounts in the global banking industry. A man with an incurable can-do spirit, the Access Bank helmsman usually leaves his competitors dazed by his un relentless and gusty decisions which usually set the tone for other banks.

There is no doubt that by 2026 when his 10 year-tenure as a chief executive will come to an end, his gut, his foresightedness, and daring moves would have ingrained his name as perhaps the best bank MD to emerge from Nigeria.

According to an industry commentator, who would not want to be named, “By 2026 when Wigwe would be expected to step aside by the Central Bank of Nigeria (CBN’s) 10 year-tenure system for bank MDs, there will be no banker like him whose zeal for conquest for new territory can match that of Wigwe.

Under his watch, Access Bank became a leading full-service Nigerian commercial bank with a presence in 11 African countries, Europe, Middle East, and Asia.

Industry sources said the bank which already has its presence in South Africa, is also at the verge of taking a berth in France where the paper work for that purpose is at the final stage. Who knows where Access Bank’s next move will be, may be in Asia.

A winner of one of the most prized categories at the Awards ceremony for the second consecutive year, Wigwe was recognised for his stellar leadership in the market expansion of Sub-Saharan Africa’s largest bank despite the negative impact of the COVID-19 pandemic.

The African Banker Awards have become the most respected and recognised industry event celebrating African banking achievements. The organisers this year, put emphasis on recognising and rewarding institutions that contributed to the real economy which has suffered from the impact of Covid-19 as well as contributed to women empowerment on the continent.

Attesting to Wigwe’s uncommon leadership in Nigerian banks, Group Publisher of African Banker and Chair of the Awards Committee, Omar Ben Yedder said, “Herbert is one of the most respected bankers on the continent, without a shadow of a doubt.

The Bank has gone from a lower-ranked Nigerian bank when he joined the group as Deputy CEO to become one of Africa’s leading financial services groups.

He has shown a relentless pursuit for growth but has done so in a measured and calculated manner. What he and his team have done at Access Bank is nothing short of remarkable.”

Those familiar with his story said Herbert Wigwe has always had a head for numbers, a fact he attributed to playing “mental mathematics” with friends while growing up. This game involved solving random mathematical questions; without the aid of a calculator.

His interest in finance which developed at age 16, was fuelled by the story of Michael Milken, high-yield bonds (junk bonds), among others.

Wigwe has demonstrated a rare visionary leadership in sustainably positioning Access Bank in new markets, despite the drawbacks posed by the pandemic. He has successfully championed the bank’s cultural, digital, and technological transformation, and placed it firmly on its way to achieving its vision to become Africa’s gateway to the World.

He has repeatedly driven Access Bank to revolutionise its business and set standards for the industry locally and globally. This is evident in the bank’s successes across diverse areas of its businesses, including but not limited to sustained growth in financial performance, strategic initiatives showcasing institutional and industrial impact, driving industry innovation leveraging technology, sustainability, and their exemplary COVID-19 response and support to clients and customers

He also championed the bank’s digital expansion. The bank has also recently introduced zero-balance accounts for customers, which was intended to bring more Nigerians into the formal financial services sector.

He believes there must be something new to bring to the table. Through the assiduous work and commitment of Wigwe, the banking industry has completely changed and has had multiple innovations. The impact of mobile phones, networks, and electronic banking has jeered many towards this transformation.

TAX DEFAULTERS SHOULD FACE THE LAW