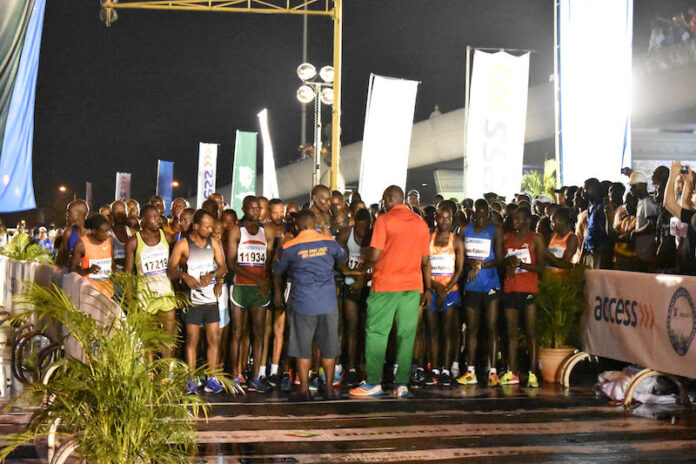 The Headline Sponsor of the Access Bank Lagos City Marathon, Access Bank, and the race partners over the weekend restated their commitment to the road race which within half-decade has become the biggest one-day event in Africa and a World Athletics Silver Label event.

This was disclosed by Access Bank Lagos City Marathon Project Consultant Bukola Olopade while speaking to media men on Sunday after watching the Valencia Half Marathon where Kenyan Kibiwott Kandie set a new world record of 57.32 seconds.

Olopade revealed that he has held several meetings with top officials of Access Bank the headline sponsor and partners like 7UP Bottling Company, Kia Motors, Revolution Plus, Skechers, and Eko Atlantics to ensure that 2021 is bigger and better than the previous editions.

“We have already started activities for the 2021 edition with registration online a couple of months ago. The physical form is out this month and intending runners can pick their forms at the Teslim Balogun Stadium Surulere, Lagos.’’

Olopade said the press conference that will herald the 2021 edition will hold in the next couple of days.

“We have made some adjustment to the 2021 race and we will inform Nigerians of the new changes through the media during the press conference.

“We approached many big corporations but they rejected us but Access Bank and Lagos State Government embraced us from day one.

Now we have marathons and road races in all the nook and crannies of Nigeria all thank to the pioneering efforts of Access Bank and our partners like 7UP, Eko Atlantics, Revolution Plus, and ultimately the media” said Olopade.