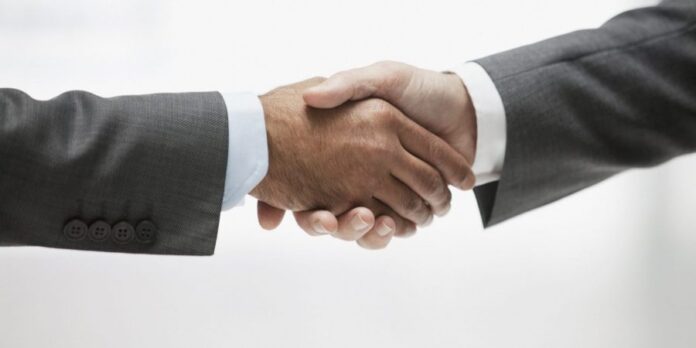 Access Bank has announced a partnership with Coronation Insurance to drive bancassurance in Nigeria.

In a bid to avail its numerous customers of the best underwriting and claims experience, Access Bank of Nigeria has entered into a partnership with Coronation Insurance to drive an efficient and effective bancassurance system.

The partnership was discussed during an earlier organised webinar themed, “Managing Risks that Keep CEOs up at Night,” held on October 7, 2020.

In explaining the choice of Coronation Insurance Plc from a pool of other insurance firms in Nigeria, the CEO/GMD of Access Bank, Hebert Wigwe, explained that apart from the close ties the bank has with the insurance firm, it considered some other important criteria, such as the financial strength/capitalization and underwriter speed of response to customers.

In his view, Coronation Insurance satisfied all the required criteria, part of which informed the decision to choose the firm over others.

What they are saying

The CEO/GMD of Access Bank, Hebert Wigwe, commented on the close relationship between the bank and the firm. He said: “Coronation Insurance, formerly known as Wapic Insurance, was part of the Access Bank ecosystem and we do have fond memories of its spin off when our shareholders received their dividends after the spin-off.

“I am very proud of the great strides that the institution has made since its spin-off, recording several achievements, one of which is being among the fastest growing corporate risk underwriter over the last decade, and being among the top three most capitalized insurance businesses in the country.”

On why Coronation Insurance was picked as its partner, Mr. Wigwe said:

“In choosing among a pool of potential organizations to fill this gap, we have had to look at a couple of identifiers, with the first among them being underwriter speed of response to customers and the second is the financial strength and the capitalization base of the underwriter.

“Given all these, and with the interest of its customers at heart, Access Bank considered all of these qualities and found coronation to be leading between the various categories. We want our customers to have the best underwriting and claims experiences.”

Also, the Chairman of Coronation Insurance, Mutiu Sunmonu, commended the partnership. He said:

“This partnership represents a key milestone in the Nigerian insurance industry. Through the coming together of both organizations, new standards of quality and service delivery will be established within the industry. It will also elevate the level at which insurance services are delivered to corporate customers within the country.”

In addition, the founding CEO of Agusto & Co. Limited, Bode Agusto spoke on the impact of key macroeconomic risks on businesses in Nigeria.

Mr. Agusto noted that non-monetary assets such as plant and property, imported raw materials are greatly impacted by these factors.

He concluded by asserting that the Nigerian currency (Naira) is a weak currency owing to inflation and as such Nigerians should not be owing hard currencies like Dollars, Euro, Pounds etc.

He also called for the consideration of Depreciated replacement cost when insuring assets.

Furthermore, the CEO of Munich Re of Africa, Nico Conradie talked about managing cyber risks in an organization.

He noted that insurance companies and Banks are not immune to cyber-attacks, citing examples of recent cyber-attacks of some key institutions in South Africa.

In a nutshell, he remarked that businesses in Africa just like elsewhere are exposed to cybercrime.

Nico noted that Cyber Risk Insurance is a fast-growing market globally worth at least an estimated $7 billion. He concluded by emphasizing that cyber risks can be mitigated.