The General Overseer of The Redeemed Christian Church of God, (RCCG), Pastor Enoch Adeboye has said that most of the policies of the present Federal Government bring hardship to Nigerians and has therefore called on President Muhammadu Buhari to refocus his programmes towards initiatives that will lessen the burdens of Nigerians.

Adeboye particularly kicked against the proposed increase of Value Added Tax (VAT) from 5 percent to 7.5 percent by the federal government. The proposal, he said, will further increase the burdens on Nigerians.

Adeboye also said the proposed reintroduction of toll gates on federal roads by the government was insensitive.
The plan, he said, shouldn’t be considered at a time most federal roads were in pitiable conditions.
The federal government, as far as Adeboye is concerned, should refocus its plans and programmes toward initiatives that would lessen the suffering and burdens of Nigerians.

He spoke last Sunday at the Special Independence Day Celebration of the church at its headquarters, RCCG, Throne of Grace, Ebute-Metta, Lagos.

He further pointed out that the closure of borders to importation of rice was ill-conceived because it has made the stable unavailable to most Nigerians.
Adeboye said as the country celebrates at 59, the federal government should henceforth focus on initiating policies that would lessen the sufferings and burdens of Nigerians.

Such policies, he said, should have the capability to move the country out of doldrums, make her arise and pitch her tent with comity of nations.
Speaking through the Assistant General Overseer, Administration and Personnel, Pastor Johnson Odesola, Adeboye emphasised a lot of policies of government are not helping Nigerians.
He lamented many Nigerians were suffering when the wealth of their nation are just in few hands who have refused to let go.

The respected preacher also criticised how banks are fixing interest rate, which he described as one of the highest in the world, saying the development was making business environment unfavourable for Nigerians.
Oba Gbadebo appreciated God for the independence celebration, saying that God has helped us a lot as Nigeria has remained one federation that has remained strong and indivisible since independence in 1960.

He appealed to Nigeria leaders to consolidate on the success and achievements made so far in Nigeria by working for the interest of the people rather than their personal interest and gain.
He restated that leaders in position of authority are put there by God and will one day give account of their stewardship to him. 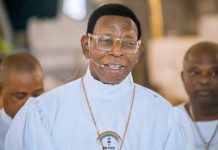 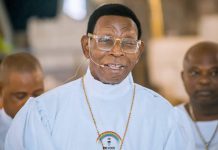 REVEALED ! MY HUSBAND DIED ON FRIDAY BUT DOCTORS COULDN’T TELL...

N’ASSEMBLY AND THE ‘UNKNOWN TERROR SPONSOR’