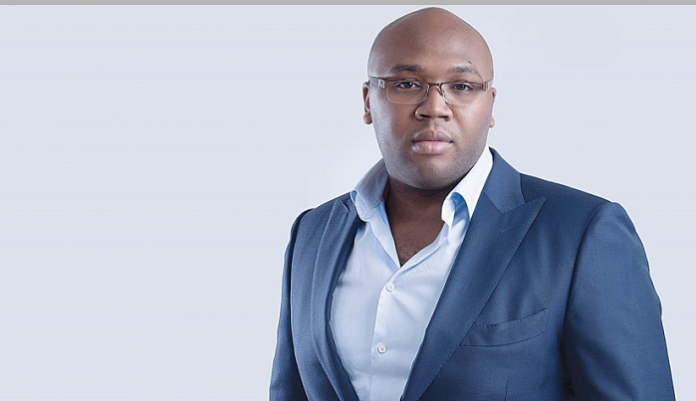 Before his celebrated success, no less than 10 businesses crumbled in his hands…

Jason Njoku is quite popular as the founder of what many now refer to as the ‘Netflix of Africa ’ He shares a lot of his story as a founder, an entrepreneur and a family man on his Twitter handle, but the failure-ridden journey before Iroko TV is not really common knowledge.

Jason Chukwuma Njoku was born on December 11th, 1980 in Deptford, South-East London to Nigerian parents from Imo state, although he was raised by his mother. After his early education in the United Kingdom, he moved back to Nigeria at the age of 12, where he schooled for about three years. At the age of 15, he returned to the United Kingdom for his college education at the University of Manchester. He read Chemistry and graduated in 2005.

The next expected step might have been for Njoku to pursue a career in Chemistry, but he had other thoughts—he wanted to start and own a business of his own. He started a student magazine called Brash, soon after he left the university. He ran a blog. He ran a T-shirt business, and then a web-design company. He would later say in a tweet that no less than 10 businesses crumbled in his hands during this time.

In a TEDx talk, he recounted, “Straight out of the university, I focused on entrepreneurship or whatever I thought it was. And I was a certified failure. So, from 2005 to 2010, I was a decrepit failure.”

When nothing seemed to be working out as planned, Njoku returned to the United Kingdom, ready to give up on his entrepreneurial dreams. This feeling only started until he saw another problem that needed to be solved.

His mother wanted to watch Nollywood movies there in the United Kingdom but could not get any online streaming platform to access quality Nollywood films. Njoku then wondered why no one had ever thought of producing a Hulu or a Netflix for Africa, since there appeared to be people who had same issues.

“Everyone thought I was mad. I had failed enough and if you fail that much, it gets to a point where it literally doesn’t matter anymore,” Njoku said.

With zero funds of his own, he returned to Nigeria after convincing his friend Bastian Gotter to invest his life savings in the idea. They struck a deal with YouTube Germany to be their official Channel partner in 2010, and launched NollywoodLove, a YouTube channel. The channel became profitable within two months of launch.

Working from his home residence in Festac, Lagos, Njoku started purchasing online licenses of Nollywood movies, using the capital his friend had invested. Iroko Partners was born from NollywoodLove.

Eventually, the team secured an initial investment fund amounting to $3 million from Tiger Global company in 2010, and another $22 million from international VCs including Investment AB Kinnevik and RISE Capital.

By 2015, Njoku decided it was time to shift focus to having TV series run on an Android mobile app rather than other streaming means. This has proven to be the most profitable decision for the company, and iROKOtv has now grown to the capacity of a catalogue of over 5000 movies with offices in Lagos, New York and London.

Despite taking a hit on its revenue during the COVID-19 lockdown, IrokoTV bounced back shortly after. There are hints that IrokoTV might be planning for an IPO in 2022 or sometime soon.

Courtesy of what he was doing with Iroko TV, Jason Njoku was named CNBC All Africa Business Awards Young Leader of the Year for West Africa on the 29th August 2013. This came one short year after Forbes Africa cited him as one of the “Ten Young African Millionaires to Watch” in July 2012.

He was also listed among the Fast Company’s Top 1000 Most Creative People in Business in January 2014, and he won the Future Awards Africa as Entrepreneur of the Year. Njoku has a City People Movie Special Recognition Award to his name and an Outstanding Industry Achievement Award at the West Africa Mobile Awards.

In 2013, Jason Njoku and his friend Bastian Gotter launched a $2 million dollar investment vehicle. In August of the same year, they started investing. They invested in a Lagos based internet start-up called Spark, some 11 companies including a drinks distribution company called drinks.ng, a real-estate and property online letting agency called ToLet.com.ng, and a hotel room booking site, hotels.ng, which has gone on to raise $1.2 million in VC investment from EchoVC Pan-Africa Fund and Omidyar Network.

Jason is also the founder of Rok studios, a leading African film and television studio and production house based in Lagos. This business was incubated by IROKO partners, and has developed, produced and financed film and TV series, as well as an Animation studio called ROK Animation studios. ROK TV is on DStv and GOtv platforms, and reaches no less than 15 million subscribers in Africa, and another 12.5 million viewers on SKY in the UK.

There is no openly verified figure of what Jason Njoku’s net worth might be, although he once said that his goal was to have a net worth of $100 million before his 40th birthday.