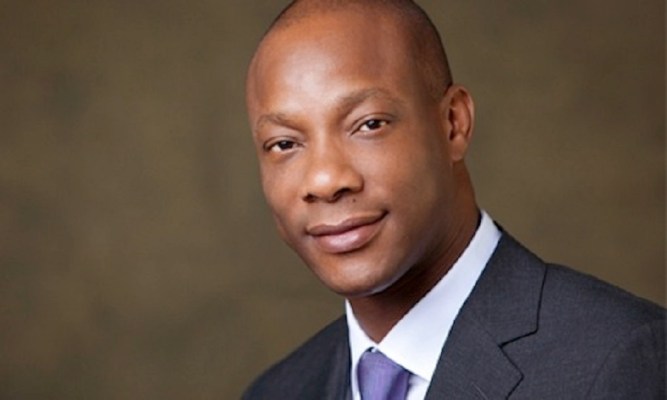 The Group Chief Executive Officer (GCEO) of the Guaranty Trust Holding Company Plc (GTCo), Mr. Segun Agbaje has assured that the completion of its restructuring into a holding company structure, will take it beyond current valuation.

He likened the transition to the current structure to its foray into African countries revealing that results from West and East Africa has proven the company right.

He said GTCos subsidiaries will come good sooner that expected insisting that there is no quick fix.

Speaking further on its holdco structure, he said the group will be very transparent in everything it does.

Today, we don’t know what their valuation is based upon, we don’t have their numbers. We will show our financials every quarter going forward, “he said.

On its loan book growth, he said the bank decided to take a slow approach because of the macro economic conditions in the country.

It is a time to be careful about loan growth otherwise you will cough up the money in the future. We know we can make more interest income, just book the loans, make the interest income this year and then cough it up the next year, “he said.

Also, he assured that the bank will bring down its non performing loans to below 6 per cent,

“But there is no point deceiving ourselves, there are some loans banks call watch list, for us, if we know that the watch list might crystalise we take the provision and then if we are able to recover it, we reverse the NPL.

So what you see is a very aggressive stance, the other bank that does that in this industry is Stanbic. Rather than be obsessed with 5 percent NPLs, we will rather deal with the issues we have and then reverse them subsequently.

“Yes we will like to be below 5 per cent, but if we see inherent problems on the balance sheet, just because of 5 per cent, the worst thing we can do is not taking provisions. We will rather take the provisions and reverse them in the future.

Yes we can grow the interest income but we need to be careful. As the macro economic environment improves, we will ramp up the loan books because every probability of NPLs would have gone down.”

“I think that we should bring down the level of CRR, the thing about CRR is that we don’t have to put it in treasury bills. We can actually put it in high end, retail loans, which will definitely earn you more than zero. Even if you lend at 2 or 5 per cent you will earn money.

Ultimately, if the CRR is released, even if you don’t want to give the banks the chance to put it in treasury bills, they will put it to use and earn more than zero. This means that profitability will go up.

Our money is going to come from traditional banking, we will drive it, we will do USSD, assets management, credit and digital income.  My believe is that ultimately in Nigeria at some point we will have to reduce the level of CRR because I told you Ghana is 12 per cent, “he added.