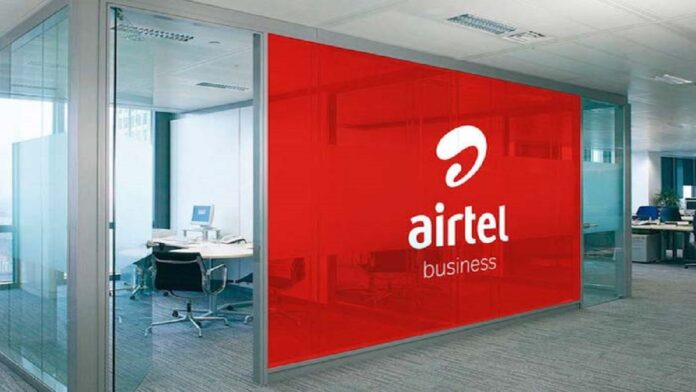 Airtel Africa has announced that its subsidiary, Airtel Networks Limited (Airtel Nigeria) has initiated a process to buy back 8.27 per cent minority shareholdings at N55.81 per share.

The second-largest telecom giant was valued at N2.687 trillion on Monday at the Nigerian Exchange at N715 to a share.

In a disclosure submitted to the Nigerian Exchange, signed by the Group Company Secretary, Mr Simon O’Hara said this is an open offer to all its shareholders.

The statement noted that the total consideration was estimated to be N61.24 billion at an exchange rate of N413.38, assuming all minority shareholders decide to tender their shares.

It said: “This represents an open offer to all shareholders, adding that a further announcement will be made in due course.”

Similarly, Airtel said further to the appointment of Segun Ogunsanya, as Managing Director and Chief Executive Officer, he has begun his new role as of 1 October 2021 and joined the Board of Airtel Africa plc.

Segun was previously Managing Director and CEO of Airtel Nigeria and was responsible for the overall management of the operations in the Company’s largest market.

He has more than 25 years of business management experience in banking, consumer goods and telecoms. Before joining Airtel in 2012, Segun held leadership roles at Coca-Cola in Ghana, Nigeria, and Kenya (as MD and CEO).

He has also been the Managing Director of Nigerian Bottling Company Ltd (Coca-Cola Hellenic owned) and Group head of retail banking operations at Ecobank Transnational Inc, covering 28 countries in Africa.

He is an electronics engineer and also a chartered accountant. Segun Ogunsanya, CEO, Airtel Africa, said: “I am looking forward to building on the solid foundations the Group has established for future sustainable growth across Africa.

“Moving forward, we will invest even more in our network and distribution channels to serve the communities where we operate. By doing this, we will continue to sustainably bridge the digital divide, expand financial inclusion and meet the evolving needs of our customers.”