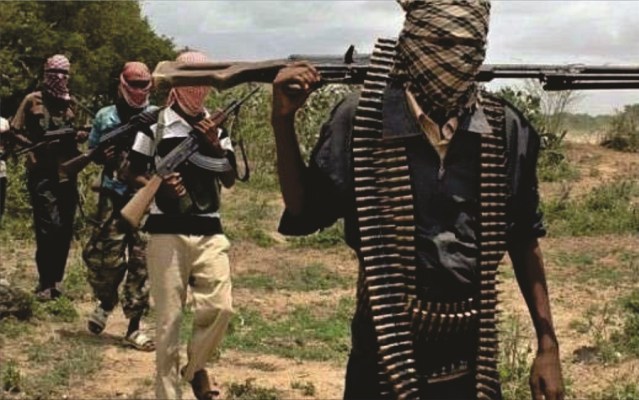 Nigeria’s battle against insecurity took a major hit recently when the Wall Street Journal revealed that the Nigerian Government paid the sum of N20 million to a bandit leader to secure a 12.7 calibre antiaircraft gun in exchange for President Buhari’s safety as he prepared to fly to his hometown.

The report cited that a kidnapping ring encamped in Nigeria’s Rugu forest had seized an antiaircraft gun during a clash with a military unit. This posed a threat to President Muhammadu Buhari, who had been planning to fly to his hometown about 80 miles away; and the government needed to buy the weapon back, which led to a young intelligence officer being sent to retrieve the antiaircraft missile with a payment of nearly $50,000 in crisp Nigerian banknotes, according to the WSJ report.

If the report is anything to go by, it would mean that the Nigerian Government has inadvertently contributed to funding banditry and insurgency, as these miscreants are known to acquire weapons for their arsenal through kidnapping and extortion. Further, this would be nothing short of a blow below the belt for soldiers on the frontlines as many of the gallant heroes have fallen at the hands of these terrorists.

Another worrying fact from the WSJ report was the revelation that the bandit leader aired a series of grievances against the Nigerian state, alleging that vigilantes had kidnapped his father, young men could no longer earn a livelihood rearing cattle, and airstrikes were killing civilians in his camps. He further stated that the Nigerian airforce has been bombing civilians and killing children in the region.

In a rebuttal, the Nigerian Air Force (NAF) stated that reports claiming it paid bandits N20 million naira to retrieve an anti-aircraft weapon are untrue.

Director of Public Relations and Information, NAF Headquarters, Air Commodore Edward Gabkwet said, “The NAF wishes to categorically state that there is absolutely no iota of truth in the spurious allegation that was undoubtedly designed to cast aspersions on the good image of the service.

“The said report is totally false. It should, therefore, be taken as fake news and disregarded.

“Indeed, we ordinarily would not have responded to such baseless and utterly illogical allegation, but for the need to set the record straight and reaffirm the NAF’s unflinching commitment to decisively dealing with the bandits and all other criminal elements.

“For the avoidance of doubt, it must be stated that there is no basis for the NAF to pay bandits or any criminal elements that it has continued to attack and decimate in Katsina, as well as other parts of the North-West and other theatres of operation in the country.”

The Air Force however confirmed that there were airstrikes conducted on October 12th, stating that NAF aircraft conducted five missions in the Jibia general area and engaged targets with rockets and cannons at Bala Wuta bandits’ locations in Kadaoji.

Besides the damning WSJ report, other reports have disclosed that bandits kidnap high net worth individuals in the Northeast to fund their weapons acquisition, or run extortion operations on farmers largely for the same purpose.

In its 2021 half-year kidnap report released in July, SBM Intelligence, a geopolitical and economic research firm highlighted that Niger, Katsina, and Kaduna States recorded the most cases of kidnap, with a total of 2,371 kidnapped persons and the sum of N10 billion demanded as ransom in the first half of 2021.

The main highlights of the report include:

A total of 2,371 people were kidnapped in a total of 281 separate incidents across all 36 states of Nigeria and the federal capital during the first half of 2021.

237 people lost their lives in these kidnap attempts.

Niger State saw the most attempt at kidnap (28), the highest number of kidnap victims (643), and the greatest number of people killed in attempts (58).

Katsina and Kaduna also followed with having the most reported cases and total ransoms demanded topped N10 billion ($19.96 million as of 30th June 2021), citing that they have not been able to accurately compute the ransoms paid.

Confidence MacHarry, Security Analyst at SBM Intelligence told Nairametrics that despite verbal promises by the federal government on paying ransoms, its actions are sometimes contradictory.

“The government has a verbal policy of not paying ransoms, but its actions have proven otherwise. Ransom payments are done, but not publicly acknowledged, which gives the government a crisis of credibility,” he noted.

When asked about the possibility that ransom payments were being channelled into boosting the war arsenal of bandits, MacHarry affirmed the idea, commenting that Nigeria is currently battling with an influx of small arms and light weapons, with the number of arms in the hands of non-state actors likely being more than what security operatives can boast of.

“Ransom payments can be used to fuel the illegal arms economy, as it could be used for other things. It would be unwise to rule out further arm shipments but through illegal border routes that lead into the country from known sources such as Libya,” he said.

Commenting on why the FG has failed to finish off these bandits despite knowing their location, McHarry stated that there are no easy answers as simply bombing their locations have led to civilian massacres that have continually embarrassed the airforce and for which nobody has been held accountable.

“The federal government is dealing with a wide range of approaches to insecurity, and so are the state governments. The efficacy of these measures is another matter entirely.

The Federal Government has continually voiced its no-tolerance policy towards ransom payments, with President Buhari stating earlier this year that the FG will not succumb to blackmail by bandits who target innocent school students in the expectation of huge ransom payments.

However, as stated above, many of the underlying causes of Nigeria’s rising insecurity challenges are deeply rooted in the nation’s poor human development index, which makes just fighting the ideology with weapons not so bright an idea.

There is also the curious issue of the FG’s reluctance to bring promoters of bandits and terrorists to justice; a situation that leaves observers wondering if there is indeed an end in sight to kidnappings and ransom payments or if the government is simply paying lip service to the cause to buy more time for the present regime.

2023: SO FAR, BUHARI’S BODY LANGUAGE DOES NOT SUGGEST JONATHAN