Former governor of Lagos State, Mr. Akinwunmi Ambode, has congratulated President Muhammadu Buhari on his victory at the Supreme Court.

The Apex Court on Wednesday dismissed the appeal filed by the Peoples Democratic Party (PDP) candidate, Alhaji Atiku Abubakar on the basis of lacking merit, while ruling that President Buhari of the All Progressives Congress (APC) won the February 23, 2019 Presidential election and was thus duly elected as President of the Federal Republic of Nigeria.

Ambode, in a statement by his media aide, Habib Aruna, said the ruling by the Supreme Court was a validation of the second term mandate of the people given to President Buhari to continue the strides of development and to take Nigeria to the next level.

“I join millions of Nigerians, the leadership of our great party and all members of our party across the nation to congratulate President Muhammadu Buhari on this well-deserved victory at the Supreme Court. This victory is a validation of the confidence in the President’s resounding re-election and a testament to the fact that the people are happy with the progress made by his administration and are keen to see four more years of progressive governance,” he said.

Ambode said: “The court verdict will surely propel the President to consolidate on his first term achievements in all the sectors for the betterment of the country”.

He therefore urged all supporters of the party and Nigerians in general to rally round President Buhari in his quest to return Nigeria to the path of greatness and respectability. 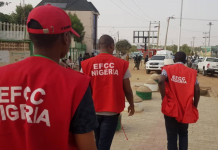 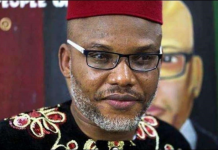 PHOTO NEWS: FASHOLA AT THE SPECIAL LUNCHEON PROGRAMME TO CELEBRATE...