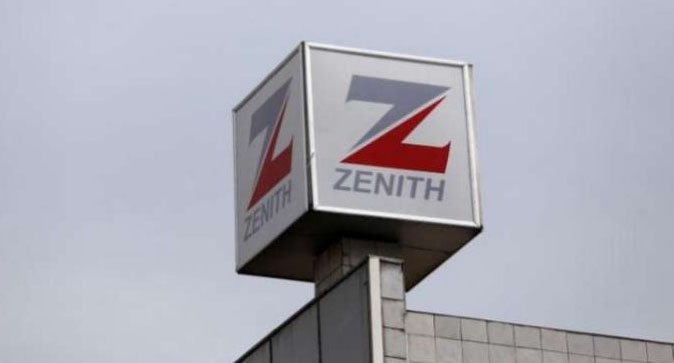 Equity analysts at CardinalStone Partners have spotted an upside estimated at 24.3% in Zenith Bank Plc, and they are likely to bet large on this seemingly most profitable lender in the financial service sector. Making the most of its retail foray, investment analysts said they like Zenith’s recent penetration into the retail space and the strengthening of its transaction based income.

In Q1-2021, Zenith Bank net fees and commission income grew two-fold over Q1-2020, which, according to analysts, appeared to be the strongest quarter for banks’ fee-based income during the pandemic year. CardinalStone said this principally drove the bank’s 3.8% profit after tax growth in the quarter, offsetting the impact of a 36.3% decline in trading gains.

“For context, the rest of our coverage banks grew fee-based income by 17.1% on average. We also see the retail impact in the bank’s cost of funds which dropped to 1.1% from 2.1% in December 2020” This reflected in the N54 billion growth in savings deposit which, according to management, was solely retail.

In the first quarter of 2021 scorecard

Analysts attributed the decline to 12% year on year drop in interest income to ₦101.2 billion. This was actually as result of slowdown in income from T-Bills and interbank placements. Both Treasury bill market and standing deposit facility suffered from low interest rate condition.

However, non-interest revenue climbed 7% higher year on year thanks to a 71% jump in fees and commissions to ₦36.4 billion, which then offset a drop in trading income and foreign exchange revaluation gains of 36% and 52% respectively.

Meanwhile, the bank actually reported a 2% year-on-year improvement in net interest income (NII), due to a 45% drop in interest expenses to ₦18.0 billion.

Vetiva said this improved the bank’s net interest margin to 6.3% from 5.2%. Furthermore, the bank recorded a 2% decline in impairment charges, despite loan loss provisions remaining flat at ₦3.5 billion. But operating expensed jerked up 4% to ₦74.4 billion driven by an increase in Asset Management Corporation (AMCON) charges.

In the period, AMCON charge on the bank balance sheet size increased by ₦3.5 billion to ₦18.9 billion.  Ultimately, this led the bank to report a pretax profit figure of ₦61.0 billion and a bottom line of ₦53.1 billion, representing a 5% year-on-year improvement.

In financial year 2020, Zenith Bank Plc gross earnings were supported by non-core income, particularly foreign exchange revaluation gains after devaluation of the Naira during the period.

According to its audited statement, the bank recorded a 276.44% year-on-year growth in foreign exchange gains which then accounted for 65.42% of the growth in gross earnings in 2020. The bank’s 28.57% growth in interest earning assets helped keep interest income afloat as the interest rate environment stayed depressed during the period.

Trading income was, however, a beneficiary of the relatively low-interest rates as the bank was able to book significant capital gains on its investment securities.  Expectedly, it was noted that fee-based income declined significantly by 20.75% owing to the new fee regime on electronic transactions which became effective in January 2020.

“Given our outlook for exchange rates this year, we expect gains from foreign exchange revaluations to be moderate. On the other hand, we expect an uptick in interest rates, coupled with sustained growth in earning assets to yield a higher growth in interest income”, the investment firm said.

Again, analysts are also positive about fee-based income growth in view of the bank’s retail drive.

“Our outlook for interest rates implies that we expect trading income to be pressured during the year. Regulatory risk remains the major threat to income growth”, analysts said.

Meristem said while the bank’s strong assets growth is commendable, it did not translate to a growth in net interest margin (NIM) despite an 18.45% decline in interest expense.  This was partly because some of the growth in loan book was due to the translation effect of foreign currency loans following the Naira devaluation.

On year on year, Zenith Bank reported about 150% increase in impairment charge as management guided that it expects a higher cost of risk of 2.00% in 2021. Also, the bank’s cost-to-income ratio inched up to 50.00% from 48.80% on the back of higher impairment charges, IT spending (to support the business continuity plan triggered by the pandemic), and general inflationary pressure.

Although the bottom line grew by 10.40% year on year to N230.57 billion, it was mostly supported by lower income tax.

“We expect funding costs to remain within the 3.00% to 3.50% band, while net interest margin should improve given the current trajectory of interest rates, especially as management has guided that loans will be repriced”, Meristem Securities projected. The investment firm expects Zenith Bank to deliver a profit after tax of N241.04 billion, with an implied growth of 4.54% year on year.

Analysts said Zenith Bank operates from a solid funding base which continues to support assets growth, noting that while the bank has maintained an excellent prudential standing so far, Meristem is concerned about adverse changes in loan quality due largely to the pandemic.

“We refer in particularly to the reclassification of N359.01 billion Stage 1 loans to Stage 2 during the period. This could pressure asset quality which currently stands at 4.29% in 2021”, Meristem explained.

Meristem Securities limited revised our projected earnings per share for financial year 2021 to N7.68 from N6.99 in the comparable period in 2020.