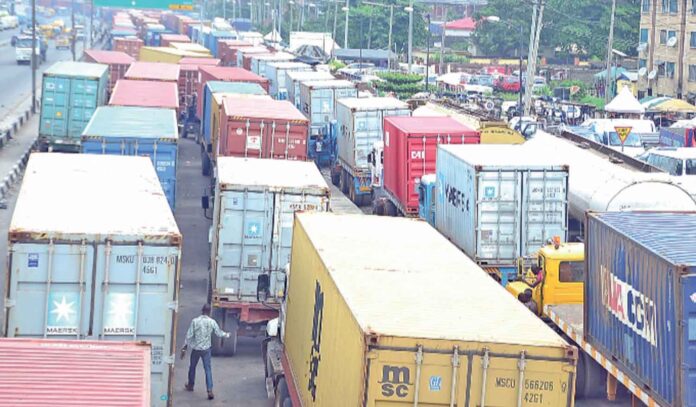 *To inaugurate special team next week

Lagos State Governor, Mr Babajide Sanwo-Olu on Monday, announced the setting up of a special team by the state government to takeover traffic management from the disbanded Presidential Task Team, PTT, with the aim of restoring sanity to the perennial gridlock in the area.

Sanwo-Olu, said a stakeholders’ meeting, involving representatives of the Nigerian Ports Authority, NPA, haulage transport unions, port operators among others will be convened next week to work out  means of solving the protracted traffic gridlock in Apapa as well as having a more efficient, effective port operations in the general interest of the public.

The Governor made the remarks, when he led a delegation of the state Executive Council and stakeholders on the first hand assessment of traffic situation in Apapa ports and environ which lasted for about two hours.

Sanwo-Olu, while addressing the media and truck drivers at Tincan Port, newly constructed Truck Park, decried the level of indiscipline among port players promised to tackle head-on, the menace of extortionist tendencies leveled against security personnel in Apapa environ.