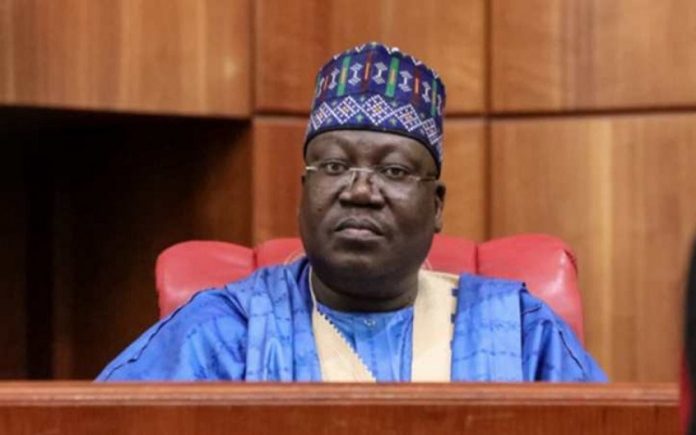 The intrigues in picking who will be the presidential candidate of the All Progressive Congress (APC) in the 2023 general election appear to be getting to its climax as there are reports that the ruling party has chosen Senate President, Ahmad Lawan, as the consensus presidential candidate.

This new development is contrary to the position of 11 of the APC Northern governors, who insisted on power shift to the Southern part of the country after the administration of President Muhammadu Buhari for equity, fairness and national cohesion.

According to Vanguard, this was made known by the Chairman of the party, Senator Abdullahi Adamu, at the meeting of the National Working Committee (NWC) on Monday in Abuja.

The announcement appears to have deepened the crisis in the party as some members of the NWC kicked against the move and insisted that other Presidential aspirants which include Asiwaju Bola Tinubu, Vice President Yemi Osinbajo, Dr. Kayode Fayemi, Engr. David Umahi must be allowed to contest the primary election at tomorrow’s convention scheduled at The Eagle Square, Abuja.

The report says that Adamu informed members of the NWC that he arrived at the choice of Lawan after consultation with President Buhari.

In reaction to the reported announcement by Adamu, some APC Northern governors were reported to have rushed to Aso Rock for a meeting with the president.

The meeting is coming a day before the commencement of the party’s convention to elect its presidential candidate for the 2023 general elections.

Although President Buhari has maintained his position on the consensus arrangement, there has not been any agreement among the 23 presidential aspirants.

The meeting with the APC governors from the North is the fourth parley in his effort to ensure that the party presents a consensus candidate so as to reduce acrimony that may arise at the end of the convention.