The All Progressives Congress, (APC) in Ekiti state said it has rejected the Court of Appeal judgement which on Wednesday, sacked the Spokesman of the Senate, Prince Dayo Adeyeye, adding that it did not reflect the wishes of people of the Ekiti South Senatorial district.

“The judgement, delivered earlier today can best be described as a travesty of Justice and robbing Peter to pay Paul” the Party declared.

The APC, in a terse statement issued by its Director of Media and Publicity, Elder Sam Oluwalana, noted that the short period spent by Senator Adeyeye at the red chamber was indelible and remarkable for the people of Ekiti South and the state in general.

Elder Oluwalana, who doubles as SSA (Media) Party Matters to the state Governor stated that , the Prince of Ise Ekiti exhibited exemplary traits while in the upper chambers.

“We commend Prince Dayo Adeyeye, who was highly-reverred by his colleagues in the Upper Chambers, for the exemplary leadership, which he exhibited within the short period he spent in the Senate. We area proud of his achievements during the period, as he was able to manage information outflow, without any scandal in the House”.

He however appealed to the people to go about their normal businesses rather than taking the laws into their hand over the judgement. 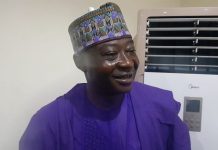 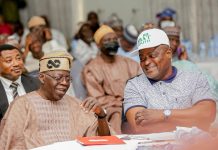 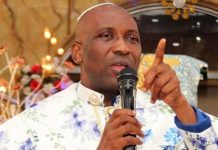 G7 DEVT FINANCE INSTITUTIONS, OTHERS TO INVEST $80BN IN AFRICA

FLOUR MILLS PLC APPOINTS YEWANDE SADIKU TO BOARD OF DIRECTORS