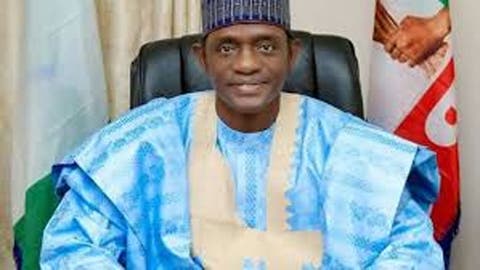 The Forum of non-National Working Committee elected officials of the ruling All Progressives Congress (APC) has backed the decision of the Mai Mala Buni-led Caretaker Extraordinary Convention Planning Committee CECPC to embark on membership registration and revalidation, pledging to mobilise Nigerians to participate in the exercise.

The forum also expressed satisfaction at the resolutiony taken at the December 8 emergency National Executive Committee NEC meeting of the party.

It specifically thanked NEC for reappointing members of the forum to serve in caretaker capacity for the next six months.

In a letter dated 14th December 2020 and addressed to the Chairman, Caretaker/Extraordinary Convention Planning Committee (CECPC), Governor Mai Mala Buni, the forum said the CECPC has returned the party to winning ways as witnessed in the Ondo governorship election and recent concurrent Legislative Bye-elections across the country.

The letter signed by the forum’s Chairman, Abubakar Sadiq Saadu and the Secretary, David Okumba, urged the CECPC to continue giving attention to their reward system, internal democracy and membership drive to achieve her collective desire for a more viable and prosperous APC.

“We bring you warm greetings and congratulate our great party for the successful 9th resumed emergency National Executive Committee (NEC) virtual meeting held Tuesday December 8, 2020 which came out with wide-reaching and well-received resolutions.

“In preparation for the APC Membership Registration, Update and Revalidation Exercise which has been shifted to the second week of January 2021, our members will be on ground in our respective zones to massively mobilise our teeming party members and intended entrants for a successful exercise”, the forum stated.