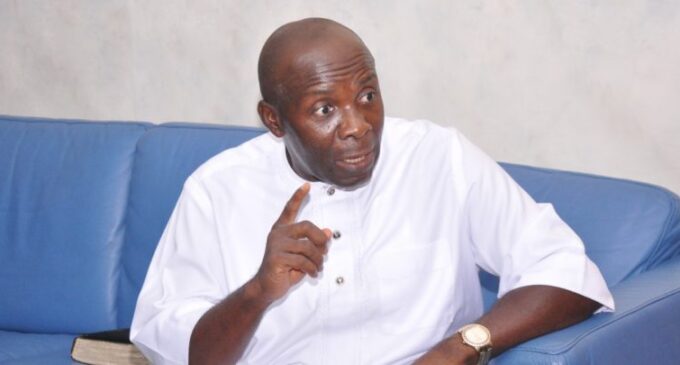 In a statement, John Akpanudoedehe, secretary of its caretaker and extra-ordinary convention planning committee, said strong institutions are fundamental to the sustenance of democracy.

Akpanudoedehe said the series of events that occurred after the election “strongly underscores the fact that the integrity of the country’s leader essentially complements the workings of these institutions”.

While comparing President Muhammadu Buhari with his US counterpart, he said despite losing a number of elections, Buhari showed strong statesmanship and followed due process in contesting the elections.

“President Muhammadu Buhari contested and lost elections a couple of times and followed the process through to the Supreme Court on all accounts. This is an outstanding credential of a true democrat.”

In 2003, Buhari called for mass action when he lost to former President Olusegun Obasanjo of the Peoples Democratic Party (PDP).

He also contested the outcome of the 2007 election which was won by the late President Umaru Musa Yar’Adua.

But contrary to this, Buhari, ahead of the April 2011 presidential election, had called for a revolution through voting.

Buhari, who had contested the election under the platform of the Congress for Progressive Change (CPC) against ex-President Goodluck Jonathan, had asked Nigerians to make exceptional sacrifices to assert their collective will in the country.

Following the declaration of Jonathan as winner of the April 2011 election, Buhari’s supporters went on rampage, alleging electoral malpractice.

The violence began with widespread protest in the northern region and degenerated into violent riots that led to the killing of more than 800 people.