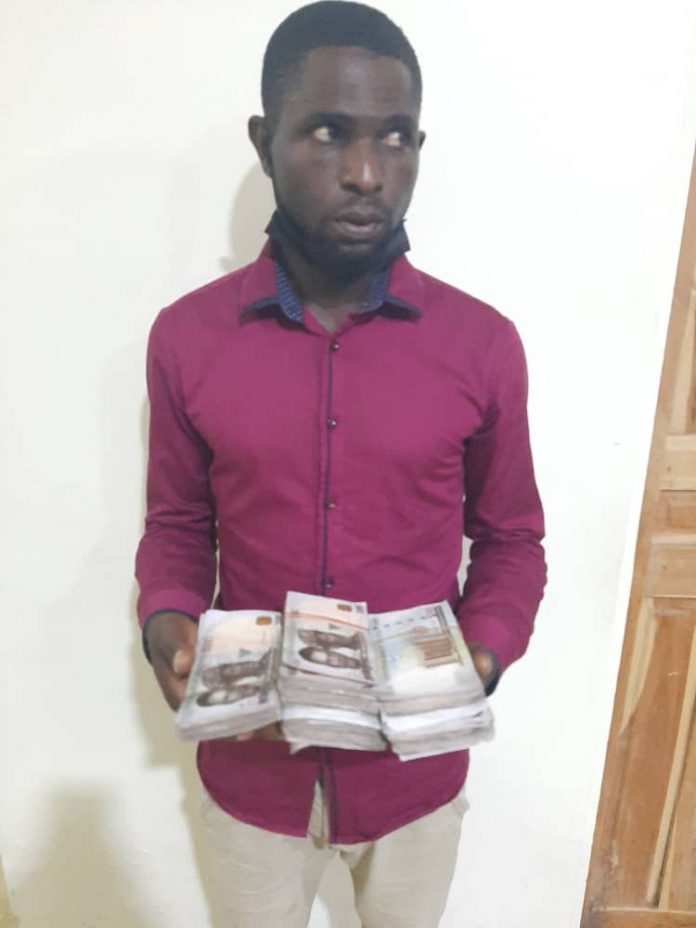 An Anti-crime patrol team of the Area ‘J’ Command, Elemoro has arrested an armed robbery suspect and a suspected cultist with a locally-made double barrel gun and three cartridges.

The armed robbery suspect, Alabi Timothy ‘m’ aged 23, resident of 9, Baale street, Majek, Ajah, was arrested at about 0030hrs of 4/9/2021 at General Paint, Garden area, Lekki during a routine stop and search by the police.
A locally-made double barrel gun and two live cartridges including an expended cartridge concealed in a bag were recovered from the suspect.

Determined to ensure justice through thorough investigation, the uncompromising police officers in charge of the case rejected the bribe.

While commending the professionalism and uncompromising act of the police officers, the Commissioner of Police admonishes other police officers to emulate the incorruptible ones.

The Commissioner of Police has, however, directed that the case should be transferred to the Command’s Tactical Team for further investigation and prosecution.