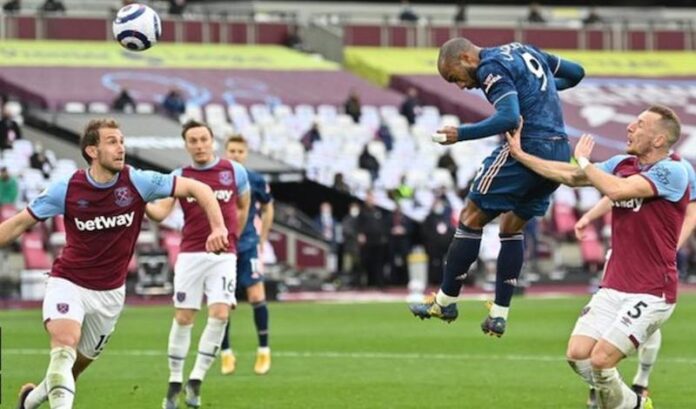 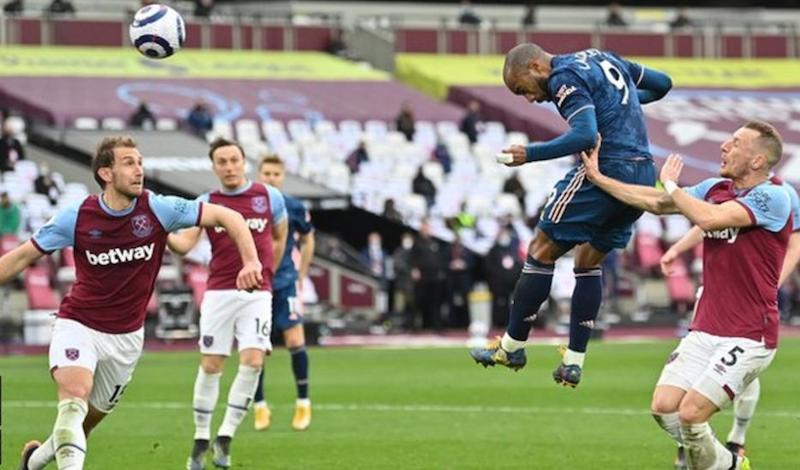 Arsenal came from three goals down to rescue a point in a stunning 3-3 game against London rivals West Ham in the Premier League.

The Hammers raced into a three-goal lead at London Stadium through Jesse Lingard, Jarrod Bowen and Tomas Soucek, who touched in a Michail Antonio header.

The visitors gave themselves hope when an Alexandre Lacazette effort went in off Soucek for an own goal just before half-time.

And Lacazette completed the comeback with a thumping header from Nicolas Pepe’s cross, before both sides had late chances to win the game.

The result leaves the Hammers two points behind fourth-placed Chelsea in fifth, while Arsenal move above Aston Villa into ninth.

Arsenal were second best in the first half and looked almost certain to lose further ground in the race for European places after a frantic opening.

At 3-0 down, they looked a beaten side but Lacazette inspired Mikel Arteta’s side to a point.

A defeat would have opened up a 10-point gap between the two sides and arguably end Arsenal’s hopes of qualifying for a European competition through a top-six finish.

The Blues, beaten finalists last season, went ahead in fortunate circumstances as Ben Chilwell’s low cross was steered into his own net by Blades midfielder Oliver Norwood.

Christian Pulisic was twice denied by away goalkeeper Aaron Ramsdale and Callum Hudson-Odoi shot over as the hosts looked to finish off the game.

With Sheffield United pushing for a goal to take it into extra time, Chelsea broke in injury time and Hakim Ziyech scored their second with a low strike to take them into the last four for the fourth time in five seasons.

The semi-finals will take place at Wembley over the weekend of 17-18 April.

OVER 1, 000 YORUBA WOMEN IN DIASPORA VISITS OONI AND INSIST...