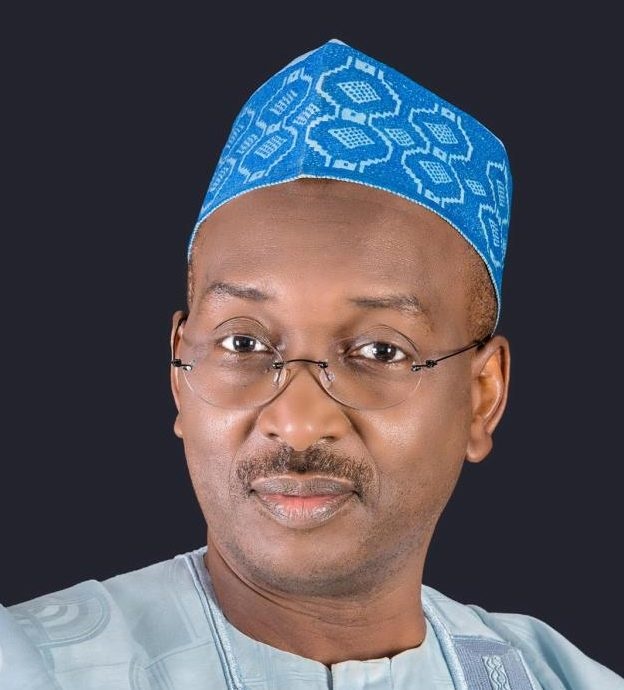 The Director General of the Progressive Governors Forum, Dr. Salihu Lukman has cautioned the lecturers in the nation’s higher institutions not to further destroy the education system.

He said by holding both the Federal Government and students to ransom during strike actions, members of the Academic Staff Union of Nigerian Universities (ASUU), have selfishly been eroding the educational values and destroying the system.

In a position which does not represent the view of any APC Governor or the Progressive Governors Forum, Lukman on Sunday pointed out why there is always breakdown in agreements between government and universities lecturers.

In the statement titled “ASUU and Indeterminate Power Struggle – The Boko Haram Logic”, he said it is saddening that like Boko Haram insurgency, unending strike has done more damage to Nigerian education system.

Reacting to the suspension of the nine months strike by ASUU, he berated the publicly celebrated saying that ASUU has never lost any struggle against Nigerian government.

He said “these are being said without any remorse or acknowledgement of the damage ASUU strikes has done to Nigerian education system”.

Lukman further said “it is very sad that it is common knowledge now that in the last twenty-one years, ASUU was on strike for a record period of more than four years.

Worse still is the fact that we have people who claimed to be public intellectuals that present such a reprehensible scorecard and by any standard a scandalous credential as achievement is sickening.

If their mission is to abolish western education, how farther away from that mission is the activity of any group that cause closure of our universities for nine months in one academic calendar?

“If our universities are closed for nine months, what does that mean to the remainder of the education system? Assuming that secondary students are able to pass their exams, will they gain admission into universities? Where will the space come from when existing students have not graduated?”

Commenting on agreements between the Federal Government as employer and ASUU members, the Director General said both should take responsibility.

“Neither ASUU nor FG is right. Both ASUU and FG are wrong. The best way to demonstrate this is with reference to the agreement that ASUU members are celebrating.

Part of it include the release of N40 billion Earned Academic Allowances and another N30 billion revitalisation fund.

There are other unresolved issues, which include the demand for the replacement of the Integrated Payroll and Personal Information System (IPPIS) with University Transparency and Accountability Solution (UTAS) and implementation of the FG-ASUU agreement of 2009 bordering on university autonomy and funding.

“It is clear that with reference to ASUU – FG agreement, Nigerian public university education, and by extension, the whole education system is in a state of “perpetual flux”.

There will never be a ‘stable equilibrium’ and circumstances of negotiating challenges may continue to be ‘fortuitous’, with the possibility that anyone capable of muscling out the other party will succeed.

“It is no longer about the development of the Nigerian child. Both legal and theoretical evaluation of ASUU demands and the agreements reached would confirm that many of the issues demanded by ASUU and subsequently produced some agreements are outside employment contracts, which should have served as the jurisdictional scope for any collective bargaining negotiation. Perhaps, the point is, since as politicians we are all thieves, theoretical and legal frameworks therefore must not be any reference.

“This may as well explain why for instance, in all the negotiations going on, the question of where or how the resources will be produced or created is hardly a reference point.

The assumptions and conclusions are that government has all the money and the problem is that it is simply being stolen by politicians.

“This is the dominant public blackmail going on in the country. Unfortunately, with poorly skilled negotiators on the part of government, there is very poor response to this public blackmail, if any at all. For instance, how much is our Federal Government budget allocated to the educational sector?

“What is the specific allocation for Federal Universities? How much of it is being stollen by politicians? What are the details in the demands of ASUU being proposed to block the stealing, which will make more resources available?

“Will the N70 billion provided in ASUU – FG agreement in respect of Earned Academic Allowances and revitalisation funds come from these liberated resources? May be UTAS as an alternative to IPPIS is designed for that.

“It is very difficult to come to terms with the dynamic playing out between ASUU and Federal Government without recognising that it is no longer collective bargaining in the classical sense of labour relation.

It is simply power play, which will sadly have no end. May be this is also a confirmation that in the end, however it is considered, collective bargaining is power negotiations in terms of resource distribution between labour and capital.

“This may push us into all the academic and ideological debates around wage determination and roles of unions in the struggles for justice in the workplace. Such a debate can only hold our university education captive and permanently in state of endless power struggles between ASUU and Nigerian government.

“Once this is the case, one can predict that ASUU members are incentivised to continue their claimed struggle for both earned and unearned salaries, with due respect to our postmodernist “public intellectuals”.

The component referred to as so-called revitalisation fund, coming from the N30 billion, may hardly be a priority. As a result, once there is a meeting in February or March 2021 to review implementation of the agreement, Nigerians may likely start hearing allegations of non-implementation that may be followed with fresh rounds of ultimatum.

He projected how Nigeria can get out of this sad state of ‘perpetual flux’, he said “however, one considers it, something must give, if the challenges facing our public university system are to be resolved.

“Unless both ASUU and FG are able to produce a clearly outlined sources of mobilising the funds to implement the provisions of the December 23, 2020 agreement, it is safer to assume that the agreement is already in breach.

With reference to funding, there are issues that are beyond ASUU and therefore any agreement with ASUU may likely be a source of dispute with other sections of the university community and educational sector, including students.

“Already, from the agreement with ASUU, this is implied given that part of the N40 billion disbursed for earned academic allowances is to be shared with non-academic staff.

After exhausting the N40 billion, what next? Should we assume that it will be the end of allowances in Nigerian public universities? Certainly not. If there are new earned academic allowances, how will the resources be generated?

Any proposal one make now around introduction of fees to be paid by students, may trigger another round of protests and strikes, which may receive the active support of ASUU members.

This is even as we all acknowledge that revenue from oil is on the decline. How can we as a nation meet all our expenditure requirement for Nigerian tertiary education, especially in terms of guaranteeing international standards?

“This is not a question that can be easily answered with reference to cheap political arguments or expression of ideological preferences. It has to come out of a clearly defined shared vision, which every Nigerian should be committed to.

“As part of such a vision, the question of how resources are to be generated should not be a matter for speculations. It has to be integral part of our responsibilities both as citizens and government to make effective and adequate provision to generate and make resources available for all the funding requirement of our education sector.

“A major propelling factor therefore should be the development of every Nigerian child and guaranteeing that such a child is provided with all the opportunities to access education up to university level.

The Director General urged the government to urgently come up with a new framework of negotiating these issues outside the scope of labour relations.

This, he said, may perhaps require that, as the governing party, APC would need to expedite the process of “diversifying the economy and expanding our tax base to increase non-oil revenues, and prioritising public spending away from bureaucracy towards investment in infrastructure and improved frontline services” as provided in the APC manifesto.

WE HAVE NOT RECEIVED NAAT STRIKE NOTICE, SAYS FG