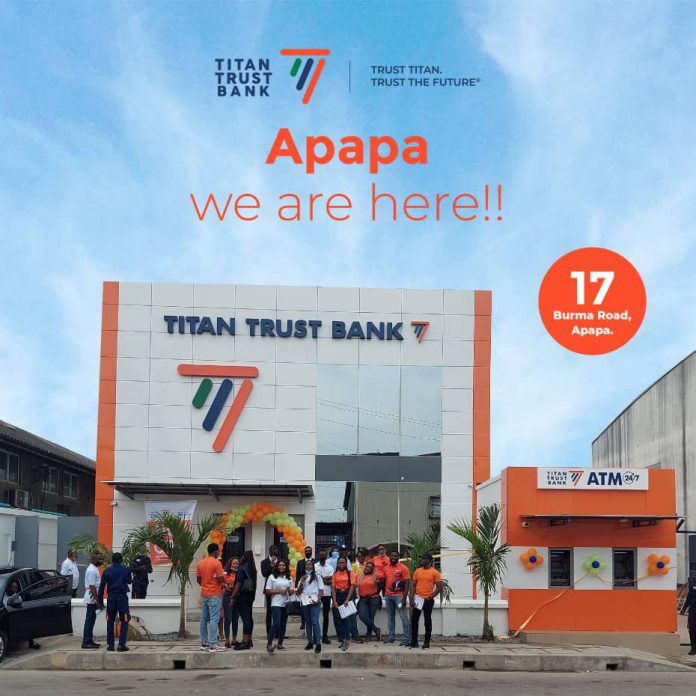 Union Bank of Nigeria Plc will now operate under new owners, Titan Trust Bank Limited, after the payment of N191.4 billion for the acquisition of the old generation financial institution.

The deal was concluded on the floor of the Nigerian Exchange (NGX) on Monday with the purchase of 27.34 million units of Union Bank shares at N7.00 each in an off-market transaction. The share price of Union Bank closed flat today at N6.25.

Recall that in December 2021, it was reported that the two-year lender was planning to buy an 89.39 per cent stake in the 104-year-old bank.

Titan Trust Bank is chaired by a veteran banker and former deputy governor of the Central Bank of Nigeria (CBN), Mr Tunde Lemo.

Yesterday, the transfer of the shares of Union Bank to Titan Trust Bank triggered a significant increase in the trading volume and value of the exchange.

It was gathered that the regulators have given their approval for the acquisition and in a statement issued last December, Mr Lemo had expressed his excitement over the deals.

“The board of Titan Trust Bank and our key stakeholders are delighted as this transaction marks a key step for Titan Trust in its strategic growth journey and propels the institution to the next level in the Nigerian banking sector.

“The deal represents a unique opportunity to combine Union Bank’s longstanding and leading banking franchise with TTB’s innovation-led model which promises to enhance the product and service offering for our combined valued customers,” he said in the statement.

This acquisition puts to rest speculations in 2019 that Access Bank was planning to buy the financial institution after it bought Diamond Bank Plc. it later denied it.

In the coming days, the investing public will expect a change in the composition of the board of Union Bank