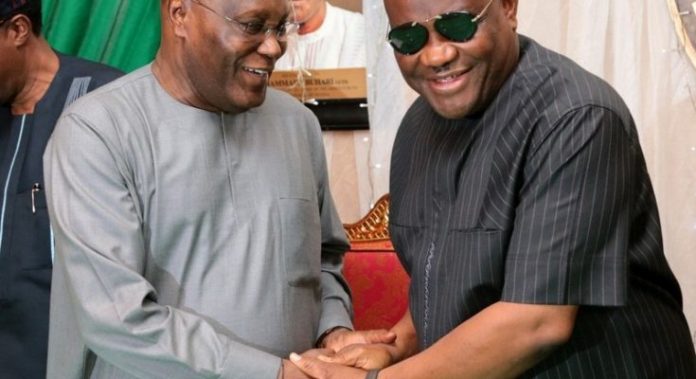 This is the first meeting of the duo since Atiku announced Delta State Governor Ifeanyi Okowa as his running mate, a slot Wike had thought would be given to him.

The meeting was first brokered by the members of the PDP Board of Trustees who met Atiku at his Asokoro residence after their initial meeting at the national secretariat of the party.

A source told journalist that Wike flew into Abuja and proceeded straight to the residence of Gana where the meeting with Atiku took place.

Though, Wike has since returned to Port Harcourt after the meeting, the source did not give details of the meeting..The source simply said, “the ice has been broken. They (referring to Atiku and Wike) have commenced talks and in a few days time, the details of their meeting would be made public.

“Wike is expected to brief members of his campaign group”, the source stated.Jerry Gana had on Sunday said, “As far as we are concerned, we are open for discission. We want everything to be put on table.

We remain in the party. We are not going anywhere, we want to be seen as equal stakeholders”.

UK BAN ON TRAVELLERS FROM NIGERIA: WHEN WILL THE WORLD RESPECT...