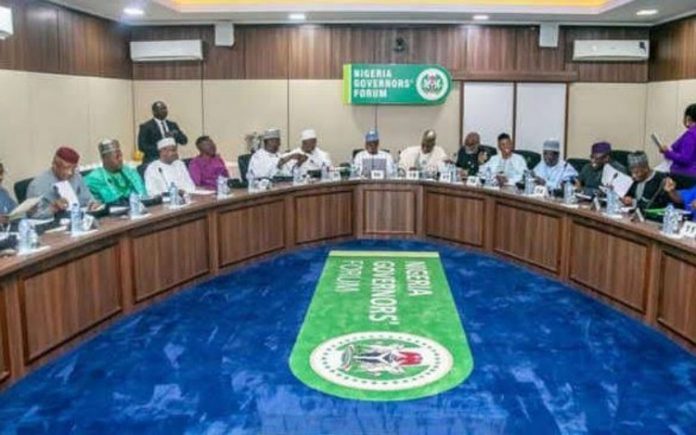 The Attorneys General of the 36 states of the Federation are scheduled to meet on Wednesday in Lagos to discuss several critical legal issues bordering on the $418 million Paris Club Refunds, Value Added Tax (VAT), stamp duty, among others.

The meeting might not be unconnected with the unresolved disputes between the state governments and the federal government over some of these issues.

The Governor of Ondo State and Chairman of the Nigerian Southern Governors’ Forum, Rotimi Akeredolu, is expected to deliver the keynote address at the opening session of the meeting which is slated for June 15-17.

The issues to be deliberated upon by the States Attorneys General are the proposed amendments to the stamp duties act, pensions and gratuity for judges, and amendments to the Constitution of the Federal Republic of Nigeria (1999) as amended.

Other critical legal issues to be discussed at the meeting are the state Anti-Corruption Commission established by states and the FIRS threat to recovering “unremitted tax deductions by states” and local governments.

The meeting is also expected to be addressed by the governors of Lagos and Plateau State, Babajide Sanwo-Olu and Simon Lalong.

Recall that the state governments have opposed plans by the federal government to deduct $418 million as Paris Club Refunds from the accounts of states and local governments for payment to consultants, leading to legal tussle.

Meanwhile, a Federal High court Abuja division had in March dismissed an application by the attorney generals of the 36 states of the federation seeking an order to permanently restrain the Federal Government from deducting monies accruing to the state over the $418 million Paris Club refund.

In September 2021, the 36 state governments sued the Federal Government over the latter’s alleged failure to remit funds generated from stamp duties into the state accounts.

The state governments through their Attorney-Generals were contending that they, and not the Federal Government should collect the stamp duties.

The FIRS has, however, appealed the judgement by the Federal High Court in Port Harcourt, asking for a stay of execution pending the determination of the appeal, while also asking taxpayers to continue to meet their tax obligations with the federal government including VAT.

The body was established as part of efforts to form a formidable force of state Attorney Generals, to take positions on legal issues, advice the Attorney-General of the Federation (AGF) and take legal action or review legal actions taken on behalf of all states.

Part of its mandate includes the pursuit of true federalism, adherence to the constitution, rule of law, independence of the judiciary, as well as liaison with the AGF on behalf of the states on legal issues.

It would be recalled that the body of state Attorneys General recently warned the federal government not to tamper with funds accruing to the states and the 774 Local Government Councils in the guise of satisfying the alleged $418 million London/Paris Club Loan refund-related judgment debts.

They had insisted that the judgment of the Federal High Court in Abuja, which dismissed their opposition to the payment, is now a subject of an appeal.

OIL PRICE WAR: U.S STRIKES FIRST, WHAT WILL OPEC+ DO NEXT?