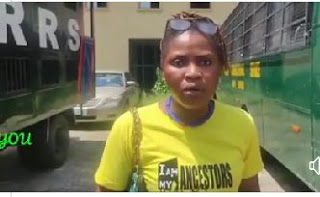 The day Ijesha rejected her sex offer, Princess told him in Yoruba Language “Ma fi aye han e Ijesha,” translated, I will show you the other side of the world.

Baba Ijesha once told me Princess’ threats on him the very day he confronted her to inform her he was no longer interested in having sex with her, but Ijesha never knew a minor would be used to set him up by Princess and her bulldog Iyabo Ojo, Since the whole scenario played out I decided to keep mute, but at this point, I have a lot to tell the magistrates and the whole world.