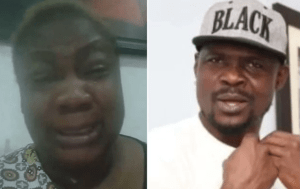 Following the alleged molesting of a 14-year-old girl by Nollywood actor, James Olanrewaju, known as Baba Ijesha, the Lagos State Government has given its stance on the matter.

Recall Nollywood actress Iyabo Ojo, comedienne Princess, and others had recently stormed the SCID, Panti, to protest alleged plans to release Baba Ijesha by the police.

The Police Public Relations Officer (PPRO) in Lagos, CSP Olumuyiwa Adejobi, however, told journalist that there were no plans to release the suspect as wrongly perceived.

Wading into the matter, the Lagos State Government in a statement signed Friday, by its Domestic and Sexual Violence Response team said it is actively involved in the case.

It further highlighted some sections of the Law dealing with the act and the likely punishment if Baba Ijesha is found guilty.

The copy of the press release below;

Earlier, the 48-year-old Olarenwaju James, popularly known as Baba Ijesha, was arrested on April 22 for allegedly defiling a minor.

CSP Olumuyiwa Adejobi had said in a statement that preliminary findings revealed that the suspect started assaulting the victim sexually since she was seven years’ old.

There was an uproar following a report that a directive had been given for the release of the Nollywood acto from custody.

The report was that the suspect could be released as he could not be detained indefinitely due to the ongoing strike by members of the Judicial Staff Union of Nigeria (JUSUN).

A video of the suspect confessing to the crime and begging for forgiveness had, however, gone viral following the rumour that investigation revealed that Baba Ijesha did not defile the victim.

ITS SUBSIDIARY, ACCESS BANK PLC, HAS ENTERED INTO A DEFINITIVE AGREEMENT...

THE NEED FOR INNOVATIVE SECURITY SOLUTIONS IN A VULNERABLE, DIGITAL WORLD...