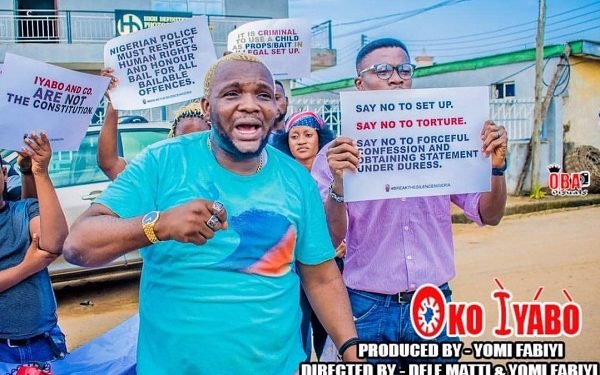 Report learnt that the movie script appears to be x-raying the travails of embattled Nollywood star, Olanrewaju James, popularly known as Baba Ijesha.

Reports indicated that Baba Ijesha was arrested by the police in April for alleged sexual assault of the 14-year-old foster daughter of comedienne, Princess.

Fabiyi, had organised a protest against the detention of Baba Ijesha and expressed readiness to stand as his surety.

The movie is produced by the actor, Fabiyi and also directed by Dele Matti.

The movie will also feature other Yoruba veteran acts including Hassan Ogogo, Adewale Elesho, Toyin Afolayan, Baba Olafaina, Akeem Alimi and many others.

FBNINSURANCE DONATES to HOMES AND HOSPICE

RRS HEADQUARTERS ON THE VERGE OF A NEW LOOK WITH AN...

IT TOOK MONTHS TO ACCEPT MY DAUGHTER IS HOMOSEXUAL —ChARLY BOY