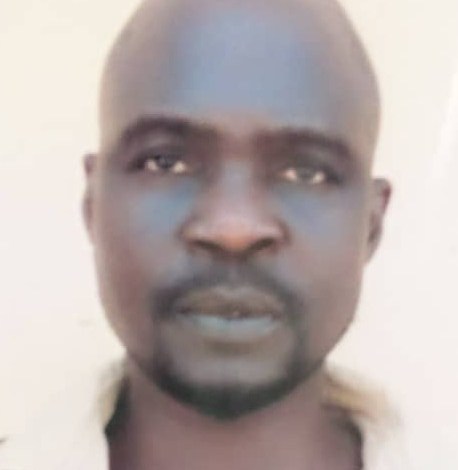 …He’s a disgrace to our film industry — Iyabo Ojo

The President of Association of National Theater Arts Practitioners, ANTP, Comrade Victor Ashaolu has dispelled rumours that the umbrella body of Yoruba movie stars may  ban  popular  actor, James Omiyinka a.k.a Baba Ijesha, saying “We cannot crucify him until he’s found guilty by the law.”

Baba Ijesha  was arrested last week for sexually assaulting a minor, after comedian, Damilola Adekoya a.k.a Princess reported the matter at Sabo Police Station. The case was later transferred to the Gender Unit of the State CID, Panti, Yaba, Lagos, for proper investigation.

However, Baba Ijesha’s arrest has continued to generate a lot of mixed reactions in different quarters, with some of his female colleagues spitting fire, insisting that the embattled actor should be made to face the wrath of  the law.

Meanwhile, when  he was contacted on the telephone yesterday, the president of ANTP, Comrade Ashaolu  debunked claims that the association may take a disciplinary action against the actor.

According to ANTP boss, it will be premature for the association to take any disciplinary action against Baba Ijesha, when he has neither  been charged to court nor found guilty of the offence he’s accused of.

In his words, “As you are reading the unfolding drama, that’s how I am also reading it on the internet. Let him finish his case with the police. He cannot be facing two wars at the same time. They haven’t  charged him to court. So, he cannot be crucified until he has been found guilty.”

“Luckily, we are not the ones who arrested  him. The law enforcement agency did, and they are conducting their investigation. They have not charged him to court. So, if we take any action now, it will be premature.

Let him be charged to court first and foremost, found guilty of the allegation, after which we will base our action on the findings of the police and the court.”

Comrade Ashaolu said, while the unfolding drama lasts, there’s need for everyone to be calm as well as  pray for the actor. He, however, condemned Baba Ijesha’s action, saying “If the victim were to be my daughter, I wouldn’t say he has done the right thing.”

However, since Baba Ijesha’s rape saga went viral on the social media, his colleagues in the industry have been divided over the matter.

While the likes of Iyabo Ojo,Chief Femi Branch, Mercy Aigbe, Nkechi Blessing, Bukunmi Oluwasina, among others, are protesting that Baba Ijesha should be jailed, actor  Yomi Fabiyi, Lege Maimi, and others are demanding for the CCTV footage of the alleged rape.

Following this demand, Iyabo Ojo on Thursday released a video where Baba Ijesha was captured on camera,  begging  for forgiveness after he was allegedly caught sexually molesting the 14-year-old girl.

The 43-year-old actress released the video amid reports that the police plan to release the accused on bail on Friday. In the video, the actor could be seen begging Princess for forgiveness.

When she asked him why he did what he is being accused of after all she had done for him, the embattled actor blamed it on the devil.

Earlier, Iyabo Ojo shared a video on her Instagram page, where she called out actor Yomi Fabiyi  who likened Baba Ijesha’s case to that of Baba Suwe who was wrongly arrested and unlawfully kept in detention by the National Drug Law and Enforcement Agency (NDLEA) in 2011 for alleged drug trafficking.

His mess is our mess.  He has dragged the names of these association in the mud and I will not cover him up,” Iyabo fumed. In the same manner, actress Mercy Aigbe slammed the embattled actor for not only tarnishing his hard earned name, but also, bringing shame to the industry. “

The fact that there is no substantial evidence doesn’t mean that a crime wasn’t committed!….. all I can say is shame on Baba Ijesha! Shame! Shame! Shame! You are a disgrace to Nollywood for finding yourself in this situation in the first place! I know that little girl wouldn’t have lied against you,” Aigbe wrote on IG.

Meanwhile,  the Lagos Commissioner of Police, Hakeem Odumosu, Thursday, said Baba Ijesha would remain in custody pending the legal advice from the Ministry of Justice, adding that all parties, including the victim and the accused, were interviewed at the police command on Wednesday.

He, however, said the offence which Baba Ijesha was being accused is a bailable offence.

MESSI SHOULD HAVE BEEN SOLD, SAYS BARCA BOSS TUSQUETS