Hon. Babajide Sanwo-Olu gains more support across the women folks in Lagos State for his impeccable traits which has been tested and his exceptional pedigree as a peoples man, a leader and a seasoned politician with excellent trajectory performance. Hon. Babajide is a man of his words capable of removing gender discrimination against women. For many and more of these charismatic qualities, Top Notch sisters have endorsed Hon. Babajide “Born Ordained Strategist B.O.S” #Fix Eko whom they believe issues such as domestic violence, harassment from traffic robbery, extortion from local government officials, even female participation at all tiers of government will also be visited with balanced attention by Babajide Sanwo-Olu’s administration when he becomes governor.

It is a truism that in the recent past, unprecedented record of violent crime against women, are on the rise, ritual killings here and there, using women and young girls for rituals, rape, and defilement which are now more prevalent than we used to know.

These women are aligning support for Hon. Babajide Sanwo-Olu who has promised that it is not only economic recession that are on his top burner but he will delve into other personal issues that are confronting women on a daily basis. He’ll improve on insecurity, the security apparatus of the state will be improved to world class standards such that can be compared to New York and London. He has also said that anyone found guilty for rape and violent crime, no matter how highly placed the man involved is, if found to have participated in the murder of any child or woman would face the full justice with implications of life imprisonment.

Wheeling out his plans for women has boosted the morales of women, by giving them the conviction that he is the best person suitable for the seat of Governor and as a result there can not be a better candidate for the job and this has made the women more at home with his candidature hence they have thrown their weigth in support of Hon. Sanwo-Olu for standing against rape and violent crimes against women.

Hon. Sanwo-Olu has further reiterated that his tenure will balance equal participation of women notwithstanding that his running mate Dr. Femi Hamzat is a man.

Hon. Babajide’s choice of a man is not unlikely to be because he wants to quash the protocol or precedent of always fielding women as second fiddle in governance, adding that women are more loyal, prudent and productive. He stated that women can multi task, when given a task they are optimal and function without being aided.

There are better positions i will create for the empowerment of qualified women to head which does not have to be a deputy governor he said.

Hon. Babajide has passion for women contrary to notions that he is an anti women, correcting the earlier notions, he poured praises on women emphasising the importance of women that he thinks highly of women and women must form integral part in his tenure adding that women are nation builders and when women are empowered the nation will stand in unity and love and for this purpose he has promised that he will build more trade centres manned with security so that women can attain their own financial independence which will enable them live comfortably in Lagos.

Similarly, a special appeal has gone out from Top Notch Sisters. Top Notch is a social support group with visions of giving a voice to the voiceless and to the less privileged children and women led by Enabulele Adesuwa urging more women in Lagos State to vote for a mature, brilliant, focus and properous thinker in person of Hon. Babajide Sanwo-Olu who will leave no stone unturned in the positive transformation of Lagos State to a new level.

Enabulele who is an ardent supporter of Hon. Sanwo-Olu’s achievements and works is a social worker in Lagos State and an advocate for women and children, in her capacity as a philanthropist in canvassing for support for “Fix Eko lives of Women and Children”. In her words, that is the best way she has described the APC flag bearer stating that double taxation and the popular extortion on petty traders and shop owners would be taken care of.

Adesuwa who strongly believes in Hon. Sanwo-Olu’s pedigree, ideas and vision which speaks volume, has described Hon. Babajide as a trustworthy person and a man of the people who has no bias for tribe or religion with wealth of experience in service for Lagos.
Adesuwa who is an unapologetic humanitarian and a promoter for the rights of the down trodden, has thrived and empowered more women by giving them shelter, providing health care and helping rescue homeless families is taking the frontline by calling on fellow women to stand right for “Fix Eko” so that women can be truely liberated from oppression, poverty and relegation.
Enabulele ended by stating that if Hon. Babajide is voted the executive governor, many of the challenges threathing them like violent crime against women would have stiffer consequences. 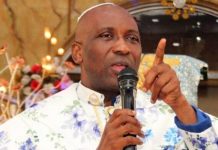 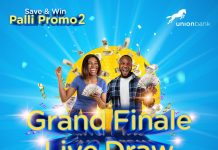