Prophet Solomon Akinkunmi  Ajao of the Christ  Apostolic  Church, Warriors  for  Christ  Mission , Lagos has said that  Nigeria  is not  moving  forward  because  of the  deceitful  attitude of both spiritual  and political leaders who have  failed  in their  duties  to meet  the  yearnings  and aspirations of the  people who put  so much  trust  in them.

He said despite the  trust  of the  people and  the  high  expectations from these leaders to deliver both  politically and  spiritually, they  kept  deceiving  the  people and running  after  wealth.

He said that  the  love  for  material things  by these leaders made  them not to bother about  the  welfare  of their  congregations and the  masses  that  elected  them  to serve.

According to  Prophet Ajao,  the  attitudes  of these  political  and  spiritual  leaders give  room  for the high  level of poverty which Nigerians are  currently passing through .

He said  that  God  revealed  to him  that He would punish politicians and spiritual leaders who are not doing His will but busy pursuing  money.

Ajao  pointed  out  that  God  specifically  told  him  that He would  put clergymen  who  walks  in their  own ways  rather  than toeing  the  real  way  of God into shame while they  would  also  receive  His wrath.

He said  that  the  journey for  Nigeria  to get  out  of the  woods  is still  far if the leaders failed to mend  their  ways because according to him, they  are  using  their  evil  ways  to mislead  the  people  put  in their  care .

He said  these  leaders have turned Nigeria  to a money – making  venture  and  they  are  looting  the  treasury  with  impunity, “but  God  said  He will deal with  them and  their families because  they  have  put  Nigeria  in a terrible  mess”.

These leaders he  opined are being  controlled  by  the devil and assured that they  would  pay  dearly  for it.

According to him, God said  “they  have  turned Nigeria  to Sodom  and  Gommara by engaging in all  sorts of immorality,  kidnapping  using  human beings for rituals and looting”

He said Buhari  has  been  doing his best within the  circumstance he found  himself  and  Nigeria,  but  that he is not the  Messiah that would  take  Nigeria  out  of the woods as Nigerians are  now  in bondage  like the  children  of Israel.

He further said  that the best is yet  to come  for  Nigerians, saying that if the  people refused to change  their  ways, the  man  that would come  to rule  Nigeria after  Buhari would show  no sympathy to the  people.

He however  said that the only way out  of the present mess is for the  leaders  to organise a three – day  National  prayer to be observed by  both  the  Muslims  and  the Christians.

He said  anyone, who  in one way or the other,  is found  to have  been  indicted  for  any  form  of corrupt practices  should  be  banned  from  holding any  public office,  until he or she  is finally cleared  of the  corruption allegation. 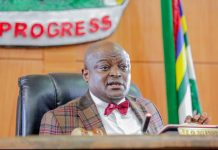 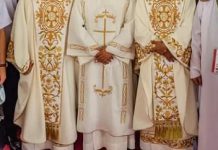 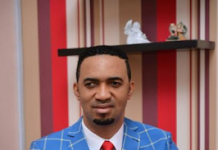 2022 WILL BE A SEASON OF CONSOLIDATION, SANWO-OLU ASSURES LAGOSIANS

TINUBU AND HIS PEOPLE ARE FULANI SLAVES, THEY DON’T HAVE ANYTHING...