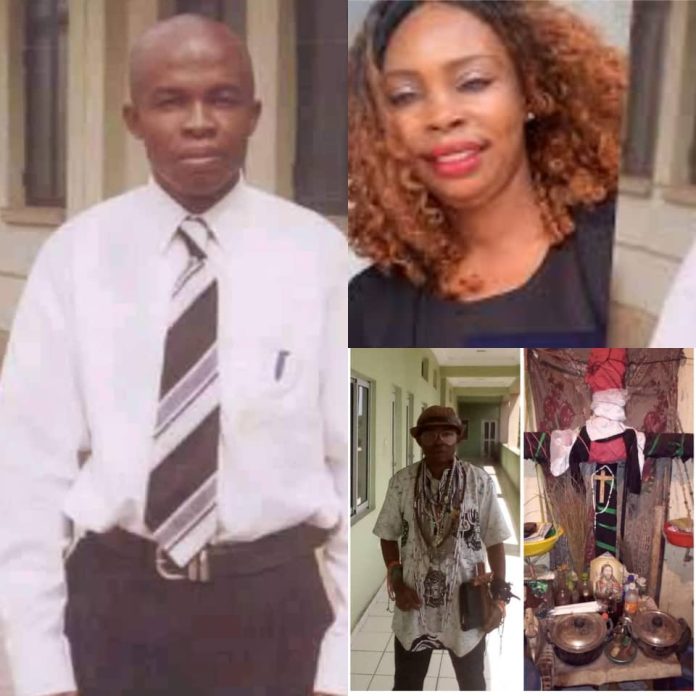 Popular Lagos pastor and Founder of Grace Nation International, aka. the Liberation City, Pastor Chris Okafor has finally come out to dispel the spurious and libelous claims slammed on him by a lecturer, Philip Anochie who claimed that Pastor Okafor gave his wife a false prophecy about his plan to make their daughter go mad.

The blackmail made on some online media platforms like theeagleonline.com, qed.com among others also stated that Pastor Okafor is housing the wife in an unknown address. The online reports also alleged that the wife has filed a divorce in the High Court in Ota, Ogun State.

Fame News can confirm that Pastor Chris Okafor doesn’t have a direct relationship with them. It is also worth pointing out if the purported prophecy that he wants to kill their daughter was made in secret or in the open church if perhaps the woman is a member of the Grace Nation congregation. Is there a video evidence or any other proof where the purported prophecy was made?

On the issue of a supposed apartment that Anochie accused Pastor Okafor, the clergyman wondered if the man has the receipt of the house that he claimed the pastor rented for his wife. It is nothing but immaturity on the part of Mr. Anochie and the story is nothing but a cock and bull story.

In the online report, Fame News gathered that Mr. Anochie said: ‘Today, Friday 17th November 2022, somebody with phone number 08106911031 from Ogun state High court Ota, called me that Vivian, my wife, filed a paper for divorce that if I want my wife I should come.

I told him that I am not coming that he should tell the court to grant her what she wants.

I am free at last. Let us wait for the grand wedding at her 48 years with the man that rented the house. They should ensure the safety of my children.’

To this, Pastor Okafor believes that the lecturer is acting in an immature way but rather he should stop the rubbish and mind the business ‘to put his house in order’.

How could your wife and children run away from you if you are a good father he should go and sort the issues of his family and stop dragging people.

Mr. Anochie should go and sort the issues of his family. The matters of his family should not be issues that he will be bringing to the public. Mr. Anochie is advised to stop dragging people including Pastor Okafor in the mud.