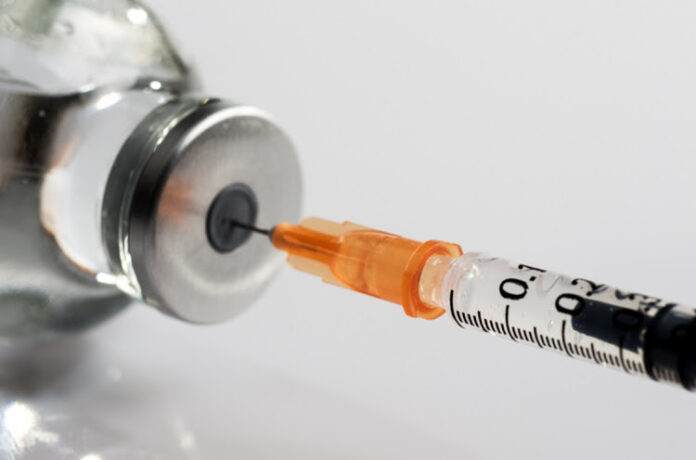 London — UK Prime Minister Boris Johnson is pinning his hopes for a national recovery on a plan to deliver 2-million coronavirus vaccinations a week, as the UK went back into lockdown in an attempt to prevent hospitals being overwhelmed.

Amid dire warnings that the National Health Service (NHS) could fail to cope with soaring infection rates, the prime minister shut England’s schools and ordered people across the country to stay at home. Chancellor of exchequer Rishi Sunak is due to give more details about supporting businesses later on Tuesday.

Johnson warned of hard weeks ahead but announced a target to give shots to 13.9-million people at the highest risk from the disease by mid-February. Once they have all been vaccinated, the restrictions can begin to be eased, he said.

The emergency measures in England, matching curbs in other parts of the UK, started on Monday night and will last until at least February 15 as medics try to get a grip on the pandemic. The announcement risks potentially devastating retail and hospitality businesses and threatening to push the economy into recession again.

In a televised address to the nation on Monday, Johnson said he had no option but to close down all social activities, education and non-essential travel in the face of a sudden and severe surge in infections. The swift rollout of vaccines will help end the crisis, he said.

“With every jab that goes into our arms, we are tilting the odds against Covid and in favour of the British people,” Johnson said in the broadcast. “The weeks ahead will be the hardest yet, but I really do believe that we are entering the last phase of the struggle.”

The police will have legal powers to use fines and dispersal orders to enforce the rules. Parliament will be recalled to debate the measures on Wednesday but the regulations are due to become law earlier that day, Johnson said.

The prime minister was forced to act after data showed new infections soaring past 80,000 on December 29 and more people in the hospital than in the first peak of the virus in April. By January 4, there were almost 27,000 patients hospitalised with Covid-19 in England, a 30% increase in a week, which the government blamed on a surge in infections from a new, faster-spreading variant of the virus.

Johnson resisted pressure from scientists and opposition MPs to lockdown the whole country in December. He cut back plans to allow families to mix over Christmas but insisted he wanted to avoid nationwide curbs like those seen in March, choosing to keep a regional tier system in place instead.

Government chief medical officers for the four nations of the UK warned on Monday that the health service may not be able to cope without urgent action now. They issued a statement saying the NHS is “under immense pressure” already.

The British Medical Association (BMA), the union for doctors, underlined the crisis facing the NHS. “Hospitals are stretched to breaking point,” Dr Chaand Nagpaul, chair of the BMA council, said. “Doctors are desperate, with some even comparing their working environment to a war zone as wards overflow.”

Scotland announced a lockdown starting at midnight on Monday. “We are now in a race between the vaccine and the virus,” First Minister Nicola Sturgeon said.

Johnson had made keeping schools open for face-to-face learning a priority for his government. But scientists warned in December that they would have to close to stop the virus from spreading. While children rarely suffer badly from the disease, they can infect their families.

“If we succeed in vaccinating all those groups, we will have removed huge numbers of people from the path of the virus,” Johnson said. “That will eventually enable us to lift many of the restrictions we have endured for so long.”

But there will be a “time lag” between vaccinating patients and the pressure on the NHS easing, Johnson said, adding that he is “cautious about the timetable ahead”.

Vaccines minister Nadhim Zahawi was more forthright about the target, saying on Twitter that “we will do this”.