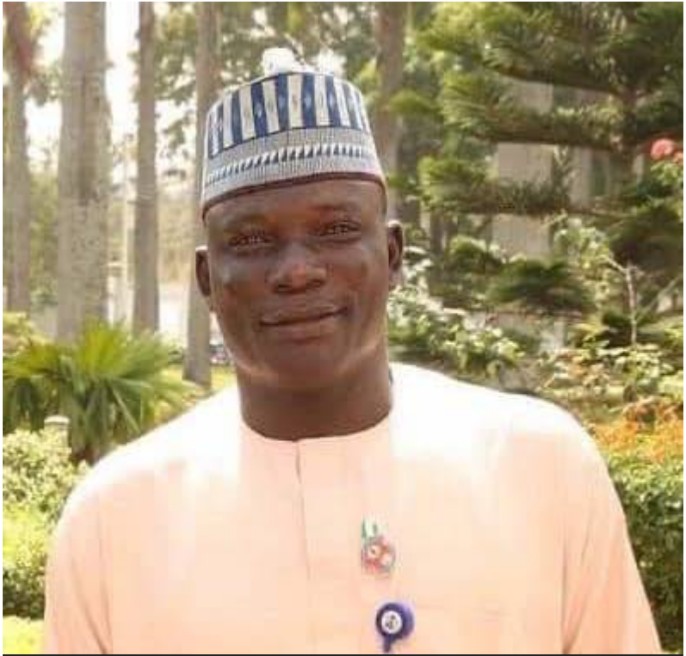 MASTER WARRANT OFFICER SAIDU AFAKA, OFFICIAL DRIVER OF PRESIDENT MUHAMMADU BUHARI, WHO WAS RECENTLY DETAINED BY THE DEPARTMENT OF STATE SERVICES AFTER TRICKING HIS PRINCIPAL TO SIGN A FRAUDULENT DOCUMENT TO MAKE MILLIONS OF NAIRA IS DEAD.A STATEMENT BY PRESIDENTIAL SPOKESMAN, GARBA SHEHU, SAID AFAKA DIED AT THE STATE HOUSE CLINIC ON TUESDAY AFTER A PROLONGED ILLNESS.

Buhari extends heartfelt condolences to the family of the deceased.

The statement read, “President Muhammadu Buhari extends heartfelt condolences to the family of Afaka on the passing of Master Warrant Officer, Sa’idu Afaka, his official driver, who died at the State House Clinic on Tuesday after a prolonged illness.

“President Buhari, who also commiserates with the Government and people of Kaduna State, described the late Afaka as an honest, capable and reliable person who handled his job with utmost care and responsibility.

“The President recalls that in 2016 the soldier, while on pilgrimage in Saudi Arabia, picked up a bag containing a large amount of foreign currencies and turned it over to the National Hajj Commission, an action which earned him praises from the Saudi and Nigerian authorities.

“President Buhari prays Almighty Allah to ‘bless the soul of the departed with an elevated place in heavens,’ committing the family and friends to divine comfort and patience.”

Afaka’s death is coming few days after SaharaReporters exposed how he capitalised on Buhari dementia to trick him to sign a fraudulent document to make millions of naira.

It was learnt that the whole affair was however hushed up by the Presidency, which did not want another scandal in the press.

“The fraud was perpetrated some weeks ago but it was kind of hushed up so that it would not leak to the press,” the source said.

SaharaReporters further gathered that it is generally known in the President’s circle and among his cabinet members that Buhari has been showing some symptoms such as forgetfulness, limited social skills and impaired thinking abilities.

Therefore, he does not go through the rigours of reading reports or properly vetting documents as required of his office.

It was learnt that the President’s former Aide De Camp, who recently left, reported the deal to the DSS as he was not carried along in the deal.

“He was subsequently arrested by the DSS and detained for several days. The ADC to the President who recently left reported the deal to the DSS after finding out that he was sidestepped in the deal,” the source added.

Ironically, the National Hajj Commission of Nigeria (NAHCON) in 2017 promised to reward Afaka, who had reportedly returned some lost items during the 2016 Hajj in Saudi Arabia.

NAHCON said Afaka found and returned to the commission a bag containing 400 dollars, N60,370 and 149 Saudi Riyals and a cell phone belonging to Adamu Umar, a Niger State pilgrim.

She had alleged that Sani Baba-Inna, a chief superintendent of police, received huge donations to the tune of N2. 5 billion from politicians and business people on her behalf and then kept the cash to himself.

Following her allegation, the then Inspector-General of Police, Ibrahim Idris, ordered the arrest of Baba-Inna and compelled him to return the money.

Eventually, the police could not establish that Baba-Inna committed the crime and an angry Aisha asked the DSS to take over the case, believing the police authorities were trying to protect one of their own.

Afaka’s death is coming few days after SaharaReporters exposed how he capitalised on Buhari dementia to trick him to sign a fraudulent document to make millions of naira.

SENSATION ARTISTE, HOLMES IS SET TO DROP HIS FIRST BODY OF...