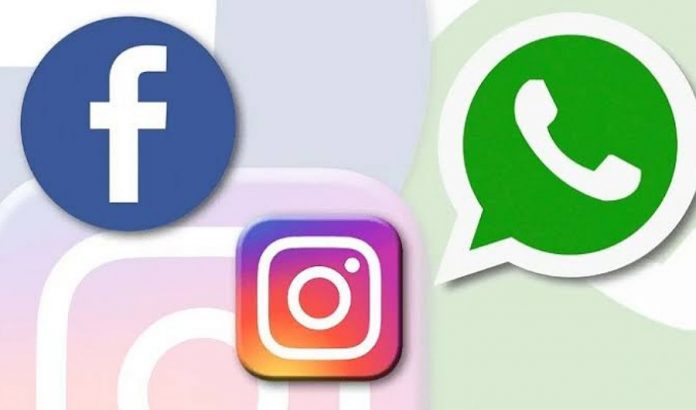 Facebook, Instagram, and WhatsApp are all back up and running again, more than six hours after users initially reported a massive outage that knocked the sites down on Monday.

Some of the services are still not completely operational; for example, some users are still having trouble publishing new content to Instagram, while others have gotten the services to operate flawlessly for them.

Facebook said in a statement, “To the huge community of people and businesses around the world who depend on us: we’re sorry. We’ve been working hard to restore access to our apps and services and are happy to report they are coming back online now. Thank you for bearing with us.”

The company disclosed that the root cause of this outage was a faulty configuration change.

Facebook said in a blog post, “Our engineering teams have learned that configuration changes on the backbone routers that coordinate network traffic between our data centers caused issues that interrupted this communication.

This disruption to network traffic had a cascading effect on the way our data centers communicate, bringing our services to a halt”

“The underlying cause of this outage also impacted many of the internal tools and systems we use in our day-to-day operations, complicating our attempts to quickly diagnose and resolve the problem”

Our services are now back online and we’re actively working to fully return them to regular operations.

WhatsApp also said “We’re now back and running at 100%. Thank you to everyone around the world today for your patience while our teams worked diligently to restore WhatsApp. We truly appreciate you and continue to be humbled by how much people and organizations rely on our app every day.”

All three platforms were rendered inoperable yesterday when the websites and applications for Facebook’s services responded with server errors.

According to reports on DownDetector.com, the outages looked to be widespread, although it was unknown how many people were unable to use the applications.

The outage was Facebook’s longest period of downtime since 2008, when a bug knocked the service offline for almost a day, affecting around 80 million users.

According to Bloomberg, Mark Zuckerberg’s personal fortune dropped by more than $6 billion in a matter of hours, pushing him down a rank on the list of the world’s wealthiest people, after a whistleblower came out and outages knocked down Facebook, Instagram and WhatsApp.

There are currently 3 billion users on the platform.

ACE BROADCASTER AND WRITER OF FAMOUS TV SERIES “I need to...