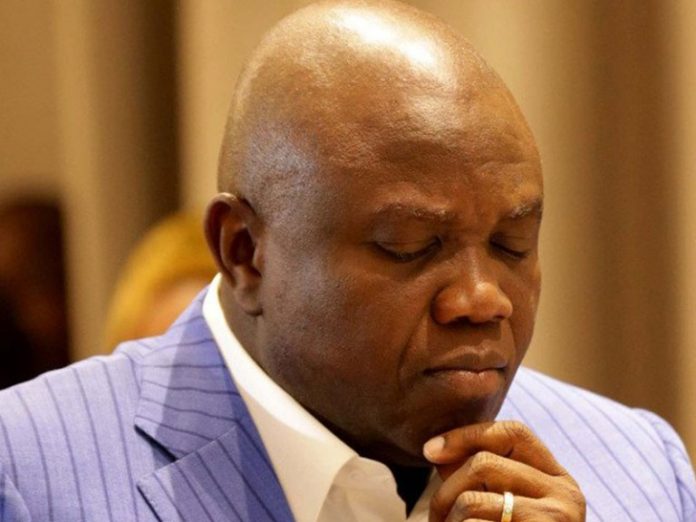 BARING any last-minute changes, former governor of Lagos State, Mr Akinwunmi Ambode, may pick the Expression of Interest and Nomination Forms, on Friday, to contest the 2023 governorship race on the platform of the All Progressives Congress, APC.

Ambode was governor of Lagos state for one term. He lost the APC ticket in the build-up to the 2019 elections to Babajide Sanwo-Olu, current governor of the state.

But a close ally of Ambode told Vanguard that the former governor has concluded plans to pick the Expression of Interest and Nomination Forms to contest on the APC platform, this week.

The source, who spoke in confidence, said: “I am talking to you as a friend that he (Ambode) may likely come out this week on the platform of the APC.

From what I know, he may likely contest against Sanwo-Olu at the governorship primary.

“Before the close of the sale of forms, oga (Ambode) will pick the Nomination and Expression of Interest Form. There is a likelihood that he will buy the forms on Friday.”

His intentions‘ll be revealed soon —Oluwo

Similarly, a former Commissioner of Energy and Mineral Resources and Chairman of the Akinwunmi Ambode Campaign Group, Mr Olawale Oluwo, said the former governor’s intentions will be revealed soon.

Oluwo, who spoke to ARISE News about Ambode’s intentions for the upcoming election, noted that structures are in place to challenge Governor Sanwo-Olu for the APC governorship ticket.

The Chairman of the Akinwunmi Ambode Campaign Group said that Ambode will “announce his political ambitions by Friday”.

He also dismissed reports that the Ambode campaign group has been banned.

“Governor Ambode will announce his plans within the week. I think the closing for the sale of forms is Friday.

“Even the president of Nigeria, can he ban an association? When the constitution of Nigeria says that there is freedom of association, we are all members of the party (APC).

“To be able to ban an association, there is a process and there must be probable cause that the association is engaging in criminality or treason or bad things that threaten the security of the state. The president himself or the authorities will have to go to court and get an order to proscribe.

“Nobody can use saliva and ban any association because it is guaranteed by the constitution. That statement by the APC PRO that AMGO has been banned is a completely reckless statement.”