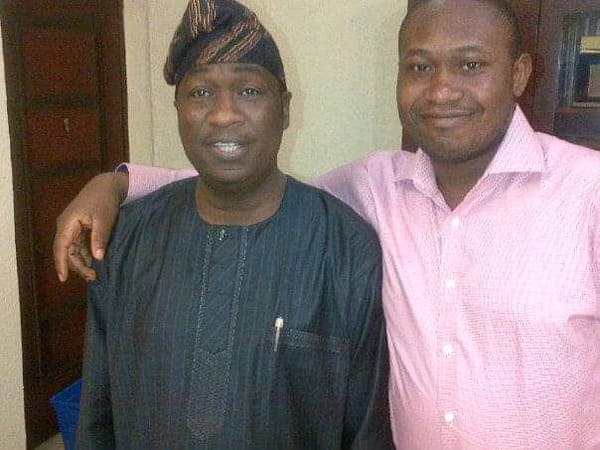 Dr Haroun Hamzat, half brother to the Lagos State Deputy Governor, Dr Kadri Obafemi Hamzat, is dead. The cause of death was yet to be ascertained at press time.

His death was announced on Tuesday, 5 January, 2021 by the Lagos State chapter of the Nigerian Medical Association, NMA.

According to the statement, the young medical doctor who worked in one of the public health centres in Orile Agege Local Council Development Area, LCDA, was aged 37.

Further investigation from Orile Agege LCDA revealed that the young doctor may have died from complications arising from Covid-19 infection.

“He was sick and later tested positive for Covid-19 and was rushed to the Infectious Disease Hospital in Yaba where he later died,” one of the health workers in a Public Health Centre, PHC in Orile Agege LCDA confirmed in confidence.

Another said, “he was such a promising young man, very jovial and generous. We will miss him”.

However, at press time, the report could not be confirmed from the deputy governor.

An aide of the deputy governor when contacted and speaking under anonymity, said, “Family yet to speak, but i am yet to confirm the report.”

Below is the press statement from the Lagos State chapter of the NMA:

“It’s a dark moment in the Nigerian Medical Association, Lagos State, as we announce with deep regret the death of our very young colleague, Dr Haroun Hamzat. Its “sunset at dawn” as he was just 37 years old.

“He worked as a medical officer at one of the PHCs under Orile Agege LCDA until his demise.

“We commiserate with his immediate family, friends, associates, colleagues and staff of Lagos State PHC Board and indeed the medical fraternity of Lagos State. We pray against such premature deaths in our fold.

“May the Almighty God grant his family and all of us, the fortitude to bear this irreplaceable loss, Amen