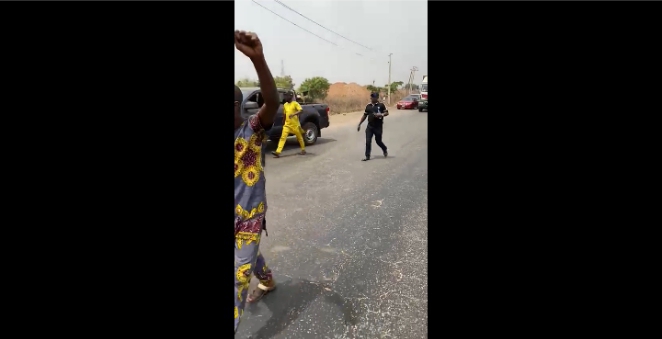 There was an attempt today to arrest the self-acclaimed Yoruba activist, Chief Sunday Adeyemo popularly known as Sunday Igboho, by combined security operatives along the Lagos Ibadan expressway.

Reports have it that Sunday Igboho was on his way to Lagos to visit Chief Ayo Adebanjo, a Yoruba leader and an Elder statement.

Recall that Sunday Igboho had issued a 7-day ultimatum to killer Fulani herdsmen in South-West Nigeria, following series of kidnappings and killings allegedly perpetrated by killer herdsmen operating in the southwest forest reserves.

MISSING TREASURE OFUYA HAS BEEN FOUND IN OGHARA