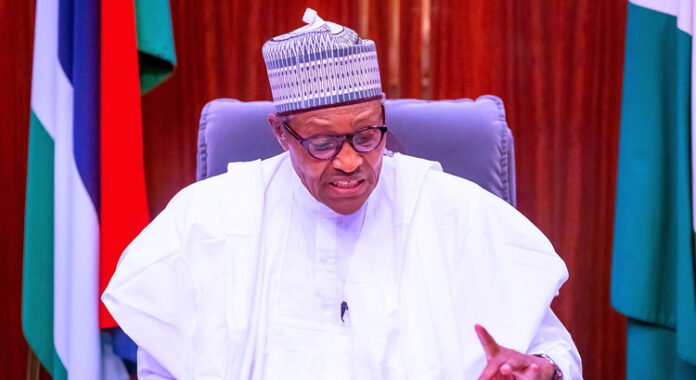 Economic experts and interest groups in Nigeria’s economy on Sunday advised the Federal Government to reduce the cost of governance and encourage production.

Experts and groups including a professor of political economy and management expert, Pat Utomi; the Abuja Chamber of Commerce and Industry and a former Deputy Governor of the Central Bank of Nigeria, Dr Obadiah Mailafia, gave the advice in separate interviews with Reporters while commenting on Nigeria’s recent economic recession.

They said  government should cut tax for the poor and diversify the economy. According to them, in diversifying the economy,  government must match its words with actions.

Amid a rising debt profile, inflation and unemployment, Nigeria on Saturday entered its second recession in five years as official figures showed that the economy shrank again in the third quarter of this year.

This year’s recession is the worst in 36 years as data obtained from the World Bank indicated that the country’s Gross Domestic Product dropped by 10.92 per cent in 1983 and 1.2 per cent in 1984.

The National Bureau of Statistics, in its report for third quarter of 2020, said the GDP, the broadest measure of economic prosperity, fell by 3.62 per cent in the three months up till September.

On Sunday,  Utomi, in an interview, said government must rebuild trust of the people.

He said, “The starting point of any policy initiative is rebuilding trust of the people. The cost of governance in Nigeria has been growing for years. It got worst recently.

“Secondly, it is important that Nigeria moves from consumption to production. Part of the problems in Nigeria is that we are oriented to consuming what we do not produce. Nigeria’s economy does not produce. Public policies are geared towards sharing revenue than production.

“The fact that the environment for production is made hostile by government policies and weaker institutions has not made it any easier. We have to do everything to avoid going the way of Venezuela (which is currently experiencing total economic collapse and hyperinflation).

“We need people who are champions of production to be inspired and encouraged.”

He asked the government to stop funding old business leaders and invest in younger ones who are not looking to exploit the system.

The President of the ACCI, Adetokunbo Kayode, and the immediate past Chairman, Nigerian Electricity Regulatory Commission, Sam Amadi, in separate interviews with Journalist aaàq, said government must take shrewd decisions to save Nigeria from the current recession and further economic shocks.

The ACCI president said government must take practical steps to diversify the economy and stop reliance on oil.

He said, “Nigeria will come out of this recession but the unfortunate thing is that we will go back into it again. So, it is an in-and-out thing unless we learn lessons. We have to learn serious economic lessons and take some decisions.

“One, we must diversify the economy. The government has been saying that it wants to do it, but it is just on paper. And it is simple to do this; you must produce what you need.

“This is so that you can reduce your imports. Government should develop industrial parks in partnership with private sector players. Government seems not to have learnt its lesson from the recent #EndSARS protest.

“We have too many people on the streets and the street is more powerful than the office. The guys in office started the #EndSARS but they were over-powered by street boys.”

On his part, the former NERC chairman tweeted on Sunday that the President, Major General Muhammadu Buhari (retd.), had got Nigeria into a second recession under his regime and should take the country out of it.

Amadi said, “Since @NGRPresident has got us into a second recession, it has a responsibility to get us out quickly. To start, it should refocus from feeding the rich and starving the poor.

“It is now time to tax luxury items, reduce salaries and allowances of the upper level and reduce tax on poor.”

On his part, Mailafia said Nigeria relapsed into another recession because the people had lost confidence in the system.

He noted that because of the high level of insecurity, people in the North-West, North-Central and North-East had abandoned their farms.

He added that the same problem was in the South, leading to the rise in inflation.

According to him, investments in the country have dropped, thus jobs are not being created.

The former CBN deputy governor, therefore, advised government to restore people’s confidence by addressing insecurity so that people could go back to farms.

He warned that unless this is done, things will get worse next year.

The Chairman of Foundation for Economic Research and Training, Prof. Akpan Ekpo, described the current recession as a special type “as it affects both the demand and supply sides of the economy.”

The former Director-General, West African Institute for Financial and Economic Management told journalist that the government would have to spend a lot of money by increasing workers’ wages and capital expenditure to get the economy out of recession.

“The government has to have investment policies and strategies that will encourage private investors to invest,” he said, adding that there was a need to intensify efforts to diversify the economy.

He said conventional monetary policies would not work, adding that the Central Bank of Nigeria should ensure the implementation of initiatives such as the agricultural intervention funds.

Akpan said states must also put a lot of money into health and other infrastructure.

He said, “I don’t see the recovery happening until the fourth quarter of next year because it’s a global recession; our trading partners are also in recession. We have a weak domestic economy. Even before the recession, our economy was not doing well.

“Now that we are deep in recession, we need aggressive policies, and they must be implemented. Monies borrowed by the government must be spent on infrastructure.”

An economist and Senior Lecturer, Lagos Business School, Dr Bongo Adi, said the government should stop inhibiting productivity in the country and encourage private investors to invest in infrastructure.

He said, “The economy has been on autopilot; the managers of the economy have not manifested that they are primed for the job.

“We have not seen any proactive policies aimed at stimulating the economy; the government has always been reactive.”

A professor of Economics at the Olabisi Onabanjo University, Ago-Iwoye, Ogun State, Sherrifdeen Tella, said the government should manage the situation by improving domestic production, especially by supporting the growth of Small and Medium Enterprises.

“Government policies have not been helpful at all,” he said, adding that the increase in electricity tariff and fuel price during the COVID-19 crisis had compounded the challenges facing industries.

He said, “It is important for the government to see how they can give industries some relief. We still have problems with the importation of raw materials. Foreign exchange should be made available for companies to import raw materials.

“Government needs to reduce the cost of governance so as to free up some money for interventions, particularly for SMEs. Government policies must be proactive, not reactive.”

Former Vice President Atiku Abubakar asked the President to swallow his pride and seek help in managing the economy.

Atiku gave the advice in a statement titled, “We Must Exit This Recession with Precision,” in Abuja, on Sunday.

He said this situation could have been avoided had the Buhari regime heeded patriotic calls by well-meaning Nigerians for a cut in the cost of governance, increased savings and avoidance of profligate borrowings.

Atiku said, “I urge the administration of President Muhammadu Buhari, to swallow its pride, and accept its limitations, so that they can open their minds to ideas, without caring who the messenger is. For as Deng Xiaoping said, ‘It doesn’t matter whether the cat is black or white, so long as it catches mice.”

He explained that while it was true that the COVID19 pandemic had exacerbated an already bad situation, the current recession could have been avoided if a disciplined and prudent management of our economy was in place.

Atiku maintained that what was needed were practical steps towards bringing about lasting solutions.

He suggested that, “For a start, the proposed 2021 budget presented to the National Assembly on Tuesday, October 8, 2020, is no longer tenable.

“Nigeria neither has the resources, nor the need to implement such a luxury heavy budget. The nation is broke, but not broken. However, if we continue to spend lavishly, even when we do not earn commensurately, we would go from being a broke nation, to being a broken nation.

“As a matter of importance and urgency, every non-essential line item in the proposed 2021 budget must be expunged. For the avoidance of doubt, this ought to include estacodes, non-emergency travel, feeding, welfare packages, overseas training, new vehicle purchases, office upgrades, non-salary allowances, etc.

“Until our economic prospects improve, Nigeria ought to exclusively focus on making budgetary proposals for essential items, which include reasonable wages and salaries, infrastructural projects, and social services (citizenry’s health, and other human development investments).

The former Vice President also suggested better investment in human development and an increase in the purchasing power of the most vulnerable of our population.

He also said, “We must invest in those most likely to be impacted by the effects of the recession, the poorest of the poor. As well as stimulating the economy, this also ensures that they do not slip further into extreme poverty.

“For example, a stimulus package, in the form of monthly cash transfers of N5,000 to be made to every bank account holder, verified by a Bank Verification Number, whose combined total deposit in the year 2019 was lower than the annual minimum wage.

“Now, how will this be funded? By more profligate borrowing? No. I propose a luxury tax on goods and services that are exclusively accessible only to the super-wealthy. A tax on the ultra-wealthy to protect the extremely poor.”