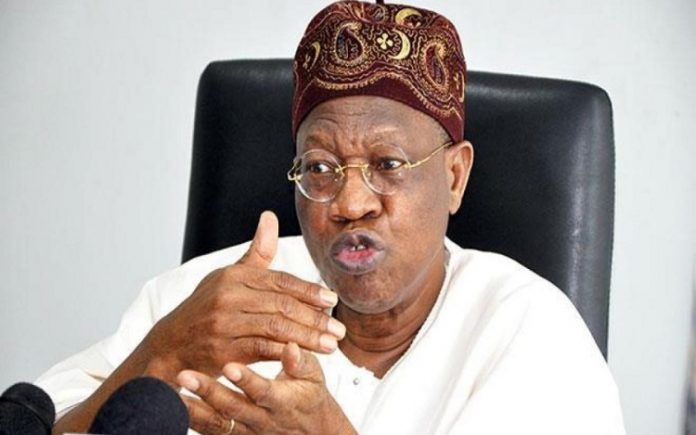 The Minister of Information and Culture, Alhaji Lai Mohammed, has said that the fate of the returning ministers who dropped their political ambitions would be determined by President Muhammadu Buhari as he has the final say.

This was made known by Mohammed while answering questions from State House correspondents after the weekly virtual meeting of the Federal Executive Council (FEC), which was presided over by the president at the Council Chamber of the Presidential Villa, Abuja, on Wednesday.

According to NAN, Mohammed said he needed to confirm the position of things as regards the status of the returning cabinet members on whether they have been properly reabsorbed or otherwise.

Some of the ministers who dropped their political ambitions include Minister of Justice and Attorney General of the Federation, Abubakar Malami; Minister of Labour and Employment, Dr Chris Ngige; Minister of Women affairs, Pauline Tallen, Minister of State for Petroleum Resources, Timipre Sylva, among others.

Mohammed said, “The other question about ministers returning or not going, I think you need to give me more time so that I can tell you exactly what the situation is.

”Right now, I need to cross-check. I need to confirm again from Mr President what the situation is. You see the final decision on who is going, who’s coming back, who’s not going lies with Mr. President.’’

Abubakar Malami was physically present at the Council’s meeting on Wednesday, while the Minister of Women Affairs, Pauline Tallen and Minister of State, Petroleum Resources, Timipre Sylva attended the meeting virtually from their various offices in Abuja.

The Minister of Labour and Employment, Dr Chris Ngige, who also rescinded his decision to participate in the forthcoming party’s primaries of the All Progressives Congress (APC), was reported to be on an official visit to South Africa where he is attending the International Labour Organization (ILO), global conference on Child Labour in Durban.

About 10 ministers were reported to have resigned in line with a presidential directive to pursue their political ambitions, at a valedictory session for them at the Presidential Villa, Abuja, some days ago.

Recall that on May 11, President Muhammadu Buhari directed that all members of the Federal Executive Council (FEC) with the ambition of contesting for elective offices in the 2023 general elections should submit their letters of resignation on or before Monday, May 16, 2022.

While announcing the directive, the Minister of information and Culture, Lai Mohammed, stressed that this mandate excludes the Vice President, Professor Yemi Osinbajo because he is an elected member of the cabinet.